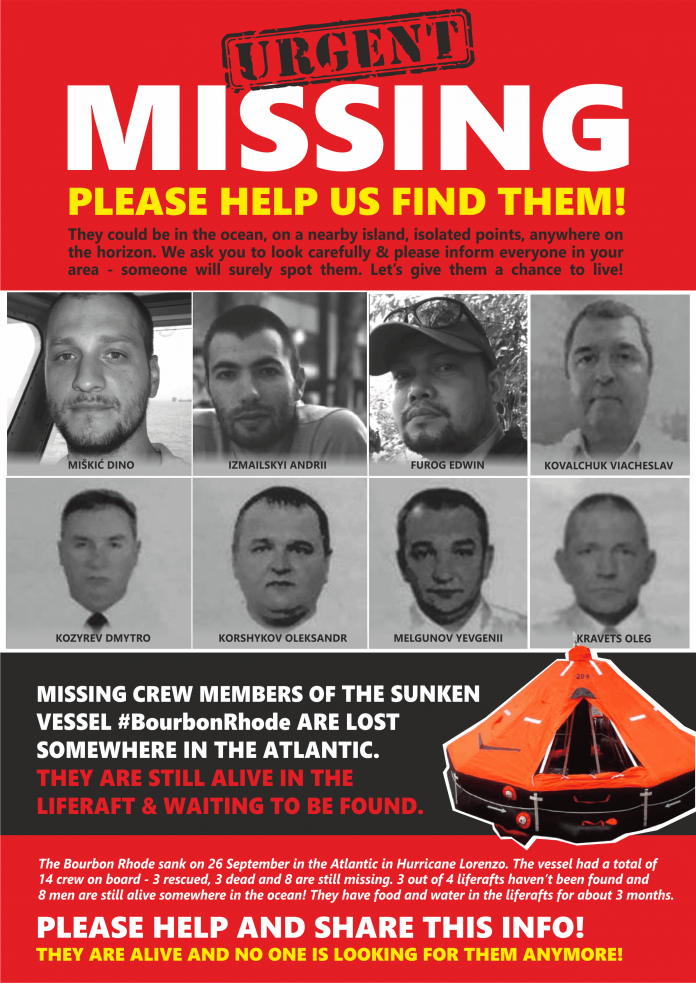 The missing seafarers were on board the Bourbon Rhode ship which sailed from Las Palmas towards Guyana under the French Bourbon Offshore company. The ship sank on Sept. 26 in the wake of Hurricane Lorenzo in the Atlantic Ocean.

It is believed that they are in one of the three rafts that have not been found yet. They are equipped with food and water for about 3 months.