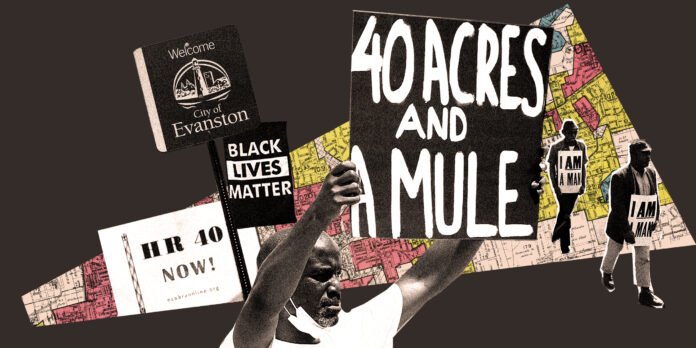 Ubuntu Connected Front (UCF) Caribbean draws attention to reparations in the conversations about the slavery past during the visit of the Minister and State Secretary for Kingdom Relations to St. Maarten, St. Eustatius and Curaçao. UCF Caribbean also wants them to listen to the voice of the ‘ordinary’ man/woman in the street and not just talk to a programmed selection of interlocutors. UCF Caribbean President Kenneth Cuvalay: “There is too much talk about our slavery past in romanticized terms. Much more research is needed into the crimes committed by the trans-Atlantic slave trade and colonialism, and more attention to historical reparations is needed.”

Slavery has been recognized as a crime against humanity by the United Nations and the European Parliament. The UN program “International Decade for People of African Descent” will run until 2024. Like UCF’s ‘Black Agenda’, it is based on three pillars: recognition, justice and development. Cuvalay: “We cannot talk about ‘healing’ if so many crimes from the past on our ancestors have not been investigated and recorded. The impact of this in the present is equally important. We cannot build an equal future if we don’t talk about reparations.

Free according to the law but not in practice

Effect of slavery to the present day

The color black became a stigma. The violence and racism did not end on July 1, 1863, and to this day, much of the Afrikan diaspora community lives in survival mode and is not treated equally. Research by Follow The Money shows that the Dutch government has been keeping the inhabitants of the Caribbean Netherlands poor for twelve years. Research by the Central Bureau of Statistics has shown that the Caribbean and Surinamese Dutch have been hit hardest in the allowance affair. On St. Eustatius, an island with less than 4,000 inhabitants, the government has not been able to give citizens back their democratic rights for more than four years. Cuvalay: “I see that as colonial rule squared”.

Reparations is more than money

When the term reparations for our slavery past is used, politicians often get on edge because the association with financial compensation is immediately made. But it is about much more than money. The ‘Black Agenda’ of UCF provides the framework for this. First of all, the Dutch government must recognize slavery as a crime against humanity and offer state apologies. But it also involves visibility and representation of people of Afrikan descent and their heritage. For St. Eustatius, the St. Eustatius Afrikan Burial Ground Alliance has therefore submitted an application to the Unesco’s Routes of Enslaved Peoples for the preservation of our historic Golden Rock and Godet cemeteries. In a press release issued last week, we reported on the ‘liberated Afrikans’ of St. Helena. A UNESCO application is also underway for this invisible cemetery. The legacy of the ‘Middle Passage’ must be made visible and commemorated on a grand scale.

An example of historical restoration of rights is also a commemorative monument such as in Barbados, Brazil, Curaçao, Haiti, Jamaica. Cuvalay: “We made a video of the Caribbean commemorative monuments for slavery. UCF Caribbean wants the Dutch government to make funds available to St. Eustatius for a monument of allure that symbolizes the suffering of our Afrikan ancestors and is a recognition of everything they have built and produced with their bare hands on this island. A place to commemorate and say “never again”. It is absurd that such a monument is not yet there on St. Eustatius, while the island was the largest transit port of the trans-Atlantic slave trade in the 18th century.”

About Ubuntu Connected Front (UCF)
Ubuntu Connected Front is a political party in the Netherlands founded in 2017. It participated in the 2021 Parliamentary election and although it did not receive enough votes to win a seat in the House of Representatives, it was the most popular party in St. Eustatius, receiving 50,8% of the votes. Motto: “Equality is a human right, not a privilege”. UCF focuses on equal rights for people of Afrikan descent. Website https://ubuntuconnectedfront.com/

The St. Eustatius Afrikan Burial Ground Alliance arose from the protests against the excavations at an 18th-century cemetery of enslaved Afrikans that started in June 2021 by a team of international archaeologists (see (see https://www.change.org/LeaveOurAncestorsInPeace) These protests were started from Ubuntu Connected Front (UCF), a political party that participated in the parliamentary elections in 2021 led by human rights lawyer Regillio Vaarnold. UCF did not get enough votes for a seat in parliament, but became the largest party on St. Eustatius with 50.8% of the votes. “Equality is a human right, not a privilege” is the motto of UCF, which focuses in particular on the interests of Dutch people with Afrikan roots: UCF goes out of the three pillars of recognition, justice and development (defined in the ‘Black Agenda’). When it became clear that the activities surrounding the controversial excavations would last longer than a few weeks or months, the group started to organize itself outside the political spectrum and in November 2021 the St. Eustatius Afrikan Burial Ground Alliance” became a fact. The Alliance has since grown into a movement that liaises with other groups fighting for the preservation of Afrikan historic cemeteries. In response to the protests, we published a scientific article in January 2022 “A Future That Does Not Forget: Collaborative Archeology in the Colonial Context of Sint Eustatius (Dutch Caribbean)”

Black Agenda. The ‘Black Agenda’ of Ubuntu Connected Front (UCF) can be found in the “Manifest for NL Transformation” at the UCF website (Chapter 5).