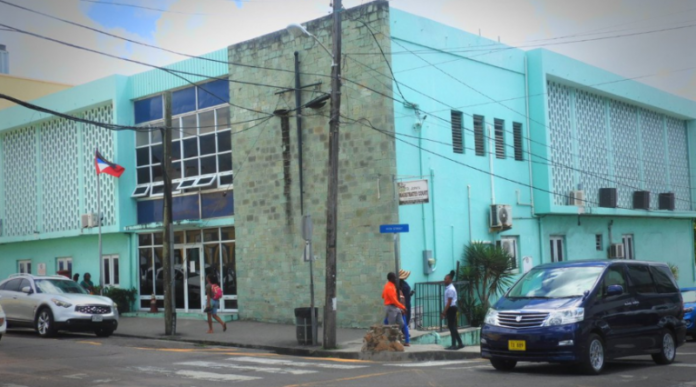 The December 2022 completion date for repairing the St. John’s Magistrates Court building on High Street will not be met, despite the Government’s announcement months ago.

Cabinet Notes published in June stated that repairs on the building were almost complete and the Knuckle Block Community Centre would soon be vacated.

However, a source tells that although renovations commenced in May/June, the December deadline apparently was announced by the Executive without consulting the relevant officials.

The source says the work is far from complete and that the contractors are actually expecting to be finished by March 2023.

The walls on the inside have to be knocked out; the bathrooms have to be worked on; a new courtroom has to be put in place – allowing four magistrates to sit at the same time; and the cell for holding prisoners and accused persons is also to be rebuilt, the source tells our Newsroom.

The general staff area and the cashier booths, among other areas, have to be addressed, as well, the source says.

Once these renovations on the once-condemned building are complete, the St. John’s Magistrates’ Court will return to the High Street location, from which two criminal courts, a traffic court, and a civil court will operate.

Minister of Justice and Legal Affairs Steadroy “Cutie” Benjamin had expressed the desire to build a modern law complex to house all the lower courts; but financial resources apparently were not available.

In the meantime, there has been constant agitation from the people of the Grays/Green Community for the court to be removed from their Community Centre at Knuckle Block – allowing residents to enjoy the complex, which has a basketball court among other amenities.

Among those championing the call is Senator Richard Lewis, who has written numerous letters and spoken in Parliament on a number of occasions about the disadvantage being meted out to the community.

When it was announced that the High Street building would be completed by the end of this year, Lewis said he would believe it when he sees it.

However, he welcomed the news that efforts were being made to move the court back to its original location.

Lewis, who is the United Progressive Party (UPP) Candidate for St. John’s Rural West, says that, under his stewardship, the people of the constituency will have use of the Community Centre, as he will ensure that the St. John’s Magistrates’ Court is relocated.

The facility was a gift from the Chinese Government through representation from former Prime Minister Winston Baldwin Spencer, who served as parliamentary representative for the area for several decades.