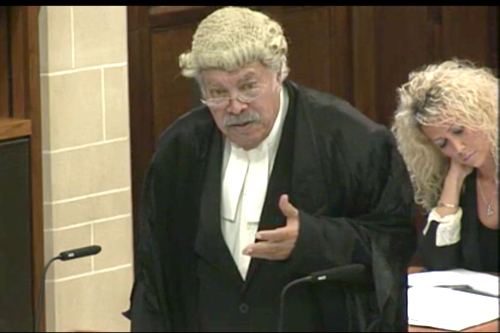 Prime Minister Gaston Browne has expressed the sorrow at the death of Sir Fenton Ramsahoye who was made a Knight of the Order of the Nation by the State of Antigua and Barbuda in 2006.

“One of our distinguished Knights has fallen, and we in Antigua and Barbuda, join his family, friends and admirers throughout the Caribbean in mourning his passing”, the Prime Minister said.

Prime Minister Browne recalled the distinguished legal career of Sir Fenton, who was born in Guyana and served as that country’s Attorney-General in the colonial period before serving as Professor at the Hugh Wooding Law school, and representing Caribbean governments, private individuals and companies before the Privy Council and the Caribbean Court of Justice.

The Prime Minister said, “Sir Fenton will be remembered with respect and admiration by a generation of Caribbean attorneys who benefitted from his knowledge and willingness to share it”.

“He was an erudite scholar of the law and defended his clients with unfailing commitment”, the Prime Minister declared.

Sir Fenton Ramsahoye was 89 and he died at 1 o’clock on Thursday, 27 December at the Queen Elizabeth Hospital in Barbados.