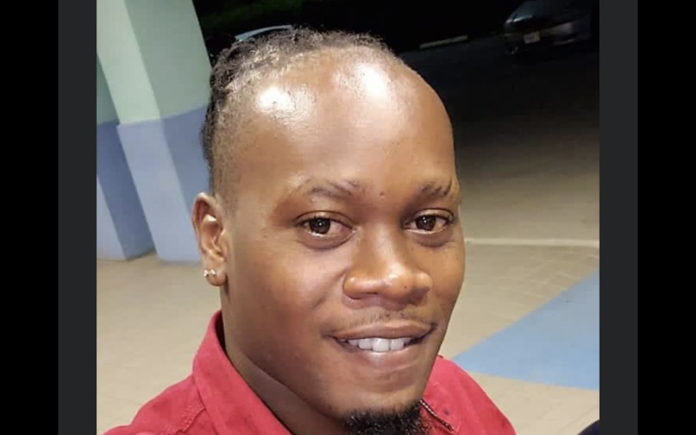 Suspect is in police custody. He surrendered to the police last evening. Investigations are ongoing

Police are calling on a Villa resident who perpetrated a vicious attack yesterday to turn himself in immediately.

Law enforcement officers have launched a manhunt for Shajah Joyce who is wanted for questioning in connection with a wounding incident at Fort Road.

While the specifics of what took place at around 2:15am on Thursday are unclear, reports suggest Joyce attacked, and seriously injured, two people with a knife.

It is believed that Joyce and his wife got into an argument after she expressed unwillingness to continue their relationship.

His refusal to accept her desire to separate may have triggered the argument and gruesome confrontation that followed.

He is accused of stabbing his sister-in-law several times. A male relative reportedly intervened and his throat was slashed.

Both were rushed to the Sir Lester Bird Medical Centre where they are listed in serious condition.

Joyce, who fled the scene following the brutal attack, is now on the run.

Police are asking anyone with information about his whereabouts to contact the Criminal Investigations Department at 462-3913. – POINTE XPRESS