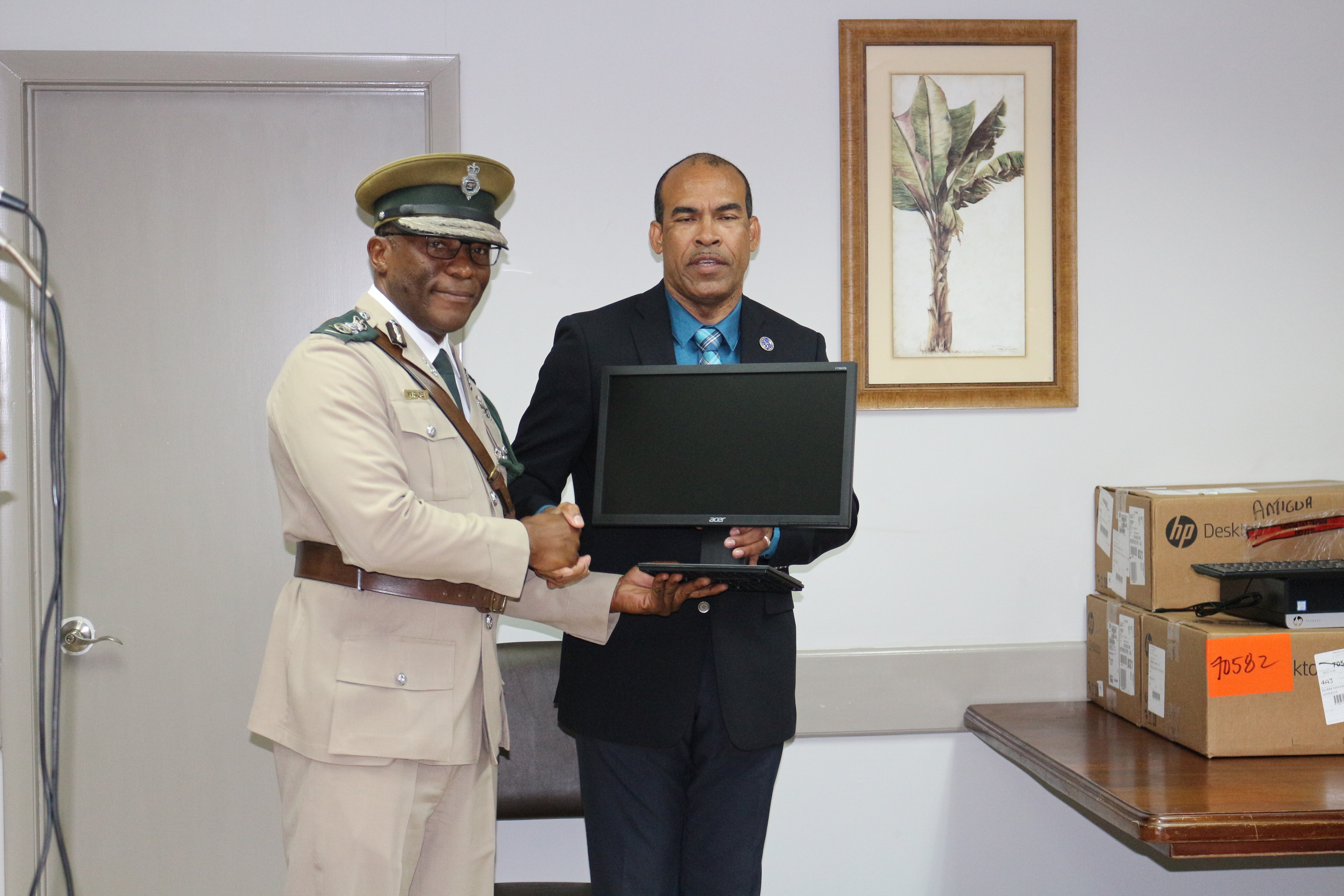 Antigua and Barbuda is the first country in the region to benefit from a Regional Security System (RSS) initiative focused on correctional facilities. On Thursday morning, at a brief handing over ceremony, Superintendent of Prisons Albert Wade received equipment donated by the (RSS) which are intended to contribute to the technical and vocational training available to inmates.

Mr. Brian Roberts, Director of Training at RSS in his introductory remarks said, “In our acknowledgement of the role of recidivism in national security paradigms, in the first instance, we are here today to present to the government and people of Antigua and Barbuda some equipment that we believe can assist in the strengthening of rehabilitation initiatives”. He noted it was a first step in their engagement with correctional facilities such as Her Majesty’s Prison, to strengthen rehabilitation initiatives. 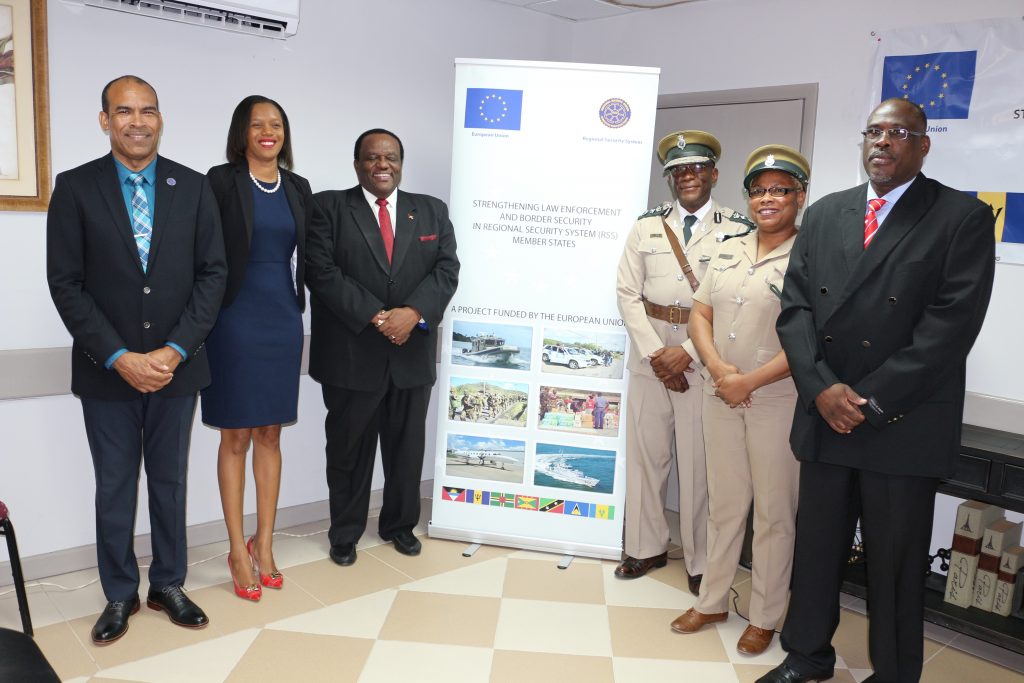 Delivering the feature address, Hon. Steadroy Benjamin, Attorney General and Minister of Legal Affairs, Public Safety and Labour remarked that he was happy that the focus of the RSS has shifted to the inmates in correctional facilities. He highlighted the importance of training and enhancing technical skills in preventing persons from ending up in prison as well as enabling those who do find themselves on the wrong side of the law, to find gainful employment upon leaving a correctional facility. Minister Benjamin announced that the Government of Antigua and Barbuda is “now developing programs with the express purpose of training our inmates so that they can acquire a skill so that when they are discharged they would have not only a skill that can be used in society, but that they can become productive citizens in Antigua and Barbuda.”

Minister Benjamin noted that the Government was in the final process of examining three proposals with respect to the construction of a new prison facility. He added, “It is the government’s intention that when that takes place we have programs designed for rehabilitation”.

The donated equipment included six computers, three sewing machines, one serger, one belt sander and one router. The donation was made possible through the RSS’ partnership with the European Union under the 10th EDF.

Superintendent Wade expressed his gratitude to the RSS on behalf of the prison staff and inmates, as well as the Government and people of Antigua and Barbuda. He said that the equipment donated will serve to “enable the service to become self-sufficient by generating revenue which would then enable us to meet the needs of the offenders. Thereby ensuring upon their release inmates are successfully reintegrated into society and can lead productive lives which would lessen re-offending”.