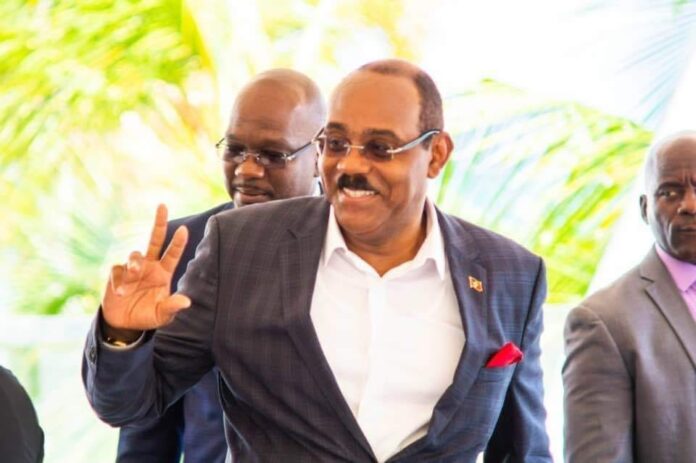 Mike Holder*, a Barbadian accountant, proudly recalls the days in the 1990s through to the early noughties, when he and a group of friends would, on a whim, book a flight and spend a weekend in St Lucia. Back then, a return ticket between the countries cost under US$150, attractive enough for Mike and his friends to engage in those weekend getaways between six and eight times a year.

“You can understand how you could just get on a plane Friday evening after work and come back either early Monday morning or late Sunday evening,” he told The Sunday Gleaner.

Over time, as governments imposed a series of taxes and charges on airline tickets, sending fares ballooning beyond the reach of many. Mike and his friends cut back on the weekend trips, until they stopped going altogether.

“I have not been to St Lucia since 2007,” stated Mike, who explained that even then it was for work purposes. “As I said, a thousand dollars nested over a weekend didn’t make any sense.”

Mike is not alone in this. For nearly two decades virtually every Caribbean national or resident who travels for business or leisure has complained about the high cost of travel across the region. In many instances, these taxes account for up to 60 per cent of the airfare, pushing the cost of travel to neighbouring countries past the fares above those to Miami or New York.

As a result, Caribbean-based tourists have been travelling to these US states for holidays, a fact supported by a 2018 study on regional air transportation by the Caribbean Development Bank.

The study found that intra-regional travel’s share of total Caribbean travel declined from 15 per cent to nine per cent between 2012 and 2017, while travel from the Caribbean to extra-regional destinations increased by six per cent during the same period.

“In the Caribbean, this issue of cost is exacerbated by the TFCs [taxes, fees and charges] which, when added to the basic fares of carriers, serve to make overall ticket prices devastatingly expensive for passengers,” argued Dalano R. DaSouza, a spokesperson for a group lobbying for a reduction in taxes and fees on intra-regional travel, in a 2019 letter to Caribbean Community (CARICOM) leaders and the CARICOM secretariat in Guyana.

The group, Citizens Against High Intra-Regional Caribbean Travel Taxes, had launched a petition signed by 20,000 people at the time – 21,456 have signed to date – who had “come together in opposition to the current cost of intra-regional travel and governments’ role in escalating airfares”, according to DaSouza.

Despite the chorus of voices raised in opposition to the high taxes, and the pleadings of regional bodies such as the Barbados-based Caribbean Tourism Organization (CTO), Caribbean leaders and ministers of finance refused to budge. Until now.

Facing a near collapse of the tourism industry due to the COVID-19 pandemic, CARICOM leaders, at their forty-second regular meeting held via videoconference on July 5-6, 2021, agreed “to consider proposals to reduce taxes on travel for a pilot period of six months”, in addition to encouraging airlines “not to raise fares in such a manner as to negate the market benefit that would be derived from the reduction in travel taxes”.

Even before this month’s meeting, Gaston Browne, the Antigua and Barbuda prime minister, who was due to take over the CARICOM chairmanship, had indicated he would advocate for the reduction of the travel taxes, stressing that the pandemic has provided a window to attempt the decrease.

“When you look at the fact that COVID has literally provided the opportunity for us to have a debt standstill, in that most of these airport loans are not being serviced at this time…[I] will be driving it home when I take over the chairmanship of CARICOM in July that now is the time for us to cut the tax, even by 50 per cent,” he twitted last month.

Since the meeting, Browne has said he would indeed cut the tax on intra-regional flights by half, and the Barbados tourism minister, Lisa Cummins, has disclosed that Bridgetown would go the same route, although the change will only benefit travellers to Cuba, the Dominican Republic, the British, Dutch and French Caribbean countries, the US Virgin Islands and Puerto Rico. Travellers from Barbados to CARICOM countries will not benefit from the cut.

“I really don’t understand that at all,” said Vincent Vanderpool-Wallace, a former CTO secretary general who later served as tourism minister of The Bahamas between July 2008 and May 2012, of the Barbados cut. “That’s why I point out that it’s an individual country decision what is it they need to do in order to stimulate travel.”

In addition, he contended, the total tourism revenue collected after the visitor arrives exceeds cuts in direct taxes on airline tickets.

“If there is a single objective to be pursued, it would be maximising occupancies at optimum rates, so you want more people in your country,” the travel and tourism adviser told The Sunday Gleaner. “You want to attract airlines to the region? Give them a little bit more margin on the airfare. You want to attract investors to the region, increase the occupancy and profitability of the properties. That’s the best message you can give them.”

Caribbean governments have adopted conflicting positions on air passenger taxes, raising these duties on travellers to and from their countries while fighting similar taxes imposed on travel to the region by other jurisdictions.

Between 2010 and 2014, the region fought an unrelenting battle against Britain’s air passenger duty (APD), charging then that the steep tax was a burden on potential travellers. A study by the CTO at the time found that the APD was negatively impacting travel from Britain to the Caribbean.

In support of efforts to encourage intra-regional travel, an earlier survey conducted by the CTO in the mid-1990s found that Caribbean nationals who visit other regional states spent more, on average, than international tourists. Twenty years later, the findings were the same when the subregional grouping, the Organization of Eastern Caribbean States (OECS), commissioned a study in 2015 on the factors that impeded travel among the subgrouping.

“There was sufficient [evidence] for us to demonstrate that the OECS travellers were producing more money than the international [tourists],” noted Ian Bertrand, a Trinidadian aviation consultant and former CEO of BWIA, the former national carrier of Trinidad and Tobago that was subsumed into the operations of Caribbean Airlines at the end of 2006.

The study also found that travel within the region would increase if the governments lowered the taxes, revealed Bertrand, who at the time recommended reducing the taxes and fees over a trial period.

“We looked at the loss in taxes from the airports and compared it to the gain in hotel tax and all the various other taxes on land that the country benefits from and it was positive,” said the aviation consultant.

Even with this glaring evidence before them, the ministers of finance, including Browne, who was his country’s finance minister at the time, could not be convinced to take the plunge and reduce the taxes.

The primary reason for this long-running resistance is that the fixed taxes mean cash in hand to pay for various government expenses, including infrastructure, suggested Hugh Riley, who retired as CTO secretary general in June 2019 after 10 years at the helm.

“Caribbean people love Caribbean vacations and if we give our people one more reason to visit the island that’s 100 miles away or even closer, then we are going to see an increase in intra-Caribbean tourism, and the optimist in me says that we will see more of the multi-destination travel factor starting to benefit when we lower the taxes of intra-Caribbean travel.” Riley told The Sunday Gleaner. “I think this is an excellent, excellent start, and it’s not a moment too soon.”

Jamaica has yet to indicate whether it will join Antigua and Barbuda, and Barbados in cutting the taxes, although Riley is hopeful that as a leader in Caribbean tourism “it would be an incredible thing if Jamaica would do that”.

Edmund ‘Ed’ Bartlett, the Jamaican tourism minister, while choosing to leave any decision on the matter to the prime minister, said there were benefits to affordable airfares.

A similar view was expressed by a senior regional official who was concerned that by lowering taxes on regional travel, Caribbean governments were leaving themselves open to accusations by international carriers that the practice was tantamount to subsidising the regional airlines because of the anticipated larger load factors.

“This could have implication in terms of the availability of air connectivity because airlines could decide to pull out because the cost is too high to operate in the Caribbean, and that we are providing an unfair advantage to domestic carriers,” stressed the official, who spoke to The Sunday Gleaner on condition of anonymity so as not to appear to be in conflict with the regional heads of government.

However, this position was roundly dismissed by the tourism experts, including Ian Bertrand, the Trinidadian aviation consultant.

“It gets back to the fundamental question, are you interested in stimulating intra-Caribbean travel?” stated Bertrand. “If you are, that’s one way to go. If you are happy with the numbers you have, then why do it?”