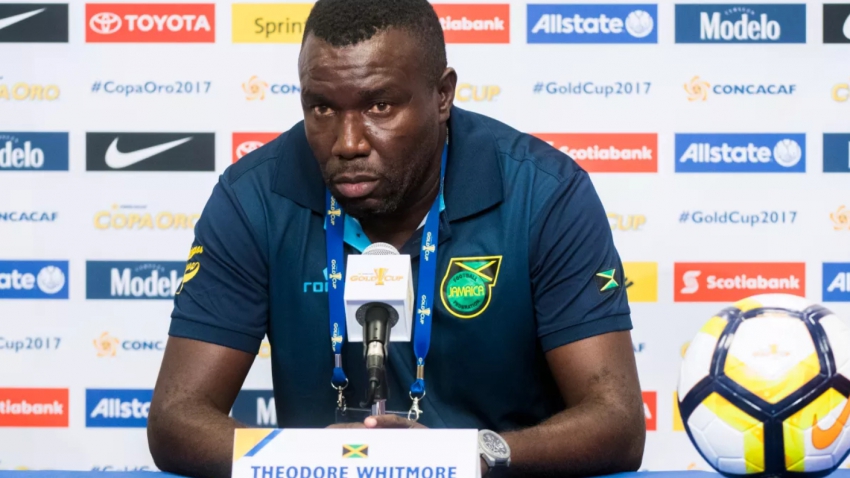 THEODORE WHITMORE is expected to shake up his starting line-up when Jamaica tackle hosts Antigua & Barbuda on April 29. Jamaica head coach Whitmore was shocked at his side’s tepid effort at Kingston’s National Stadium on Sunday, their first home game for two years, when Antigua & Barbuda snatched a stoppage-time equaliser.

Although Jamaica’s Reggae Boyz managed to draw 1-1 it was a pitiful performance from a side that had been expected to roll past such minnows. And Antigua & Barbuda will fancy their chances of going one shot better at the Sir Vivien Richards Stadium in North Sound, Antigua, by beating Jamaica on Thursday night.

However, it was reported that allegedly two people connected with the Antigua & Barbuda national football club were arrested at Kingston’s Norman Manley International Airport on Monday after ganja was allegedly found in their luggage as they attempted to board their flight.

Police confirmed the development but remain tight-lipped about confirming the media reports that the individuals involved were members of the Antigua & Barbuda squad that faced Jamaica on Sunday.

The Reggae Boyz will follow up their away friendly in Antigua with another trip next month when they will travel to face St. Kitts & Nevis on April 26.

Whitmore, who is preparing his Boyz for the CONCACAF Nations League that kicks off in September, explained: “The best way for the technical staff to assess the quality that they will bring to a competitive tournament are these games, which will reveal all aspects of the players readiness for stiff competition – both on the field and off the field.”