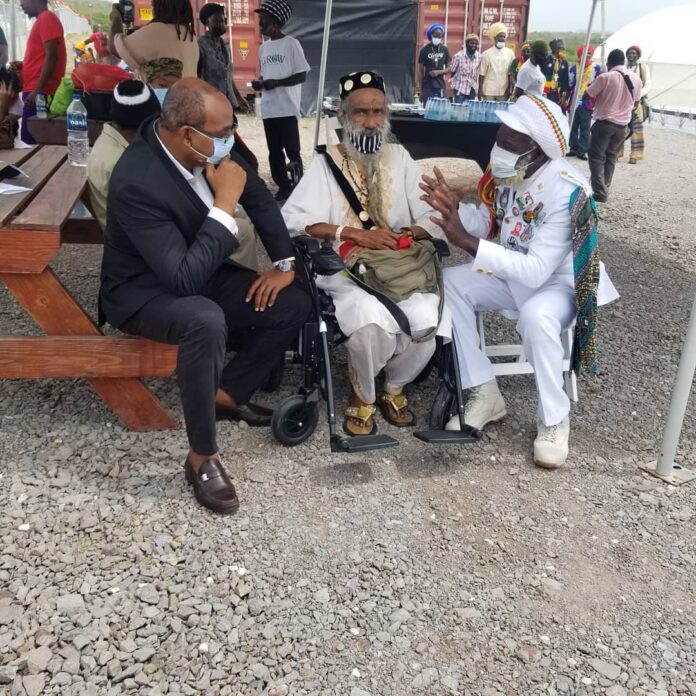 Remember the sound, “You gotta be aware!” “Don’t get too lost in your dreams” “You got to stand right up and show the man you just as bold,” The time is now!
In the past weeks the police rush on Rastafari is becoming serious. And now an elder who has spoken out about the police state that is evolving has been in lock-up, and we are concerned that the election harassment and lock-up is targeting the presumed defenseless Rastafari.

Every election requires a target to instill fear into the population so that the politicians can seek to control the vote with fear and money. The fear is instilled by having a target which used to contain the rest of the population, and from the last weeks we know Rastafari is the target.

Usually, it is a target in the opposition who may be weak, but the rambunctiousness of today’s politics suggests that a smaller group be used, because the whole nation is hungry, unhappy and may be violent, so they chose to persecute Rasta.

We hear the politicians using the Jamaican used term ‘garrison’ to describe their constituency, in the hope that they will commandeer the Rastafari community into a violent arm which protects the Party in Power for ever.

Garrison politics is not part of the culture of Antigua, and all efforts at creating political gangs with violent political tactics have failed to take permanent root in Antigua, although they keep trying.

Rastafari brethren they are trying to create tension, and contention within the Rastafari
Community, suggesting that there are negative vibes within as a way of bringing the Police into play.

I am sure you have seen the increase in the young fighting police contingent recently rolling out on their bikes, batons, and those who carry guns, YOU GOT TO BE AWARE!

Don’t get too lost in your dreams Rastafari! And don’t let the man steal your soul. It is clear that there are those whose hunger for power is directing them to form gangs, but Rasta is no Gangsta!

There are those who cannot win without violence but Rasta is no Buffalo Soldier fighting for mad politicians.

The wolves wish to invade and devour those who they think are defenseless, but Rastafari will not be used nor abused.