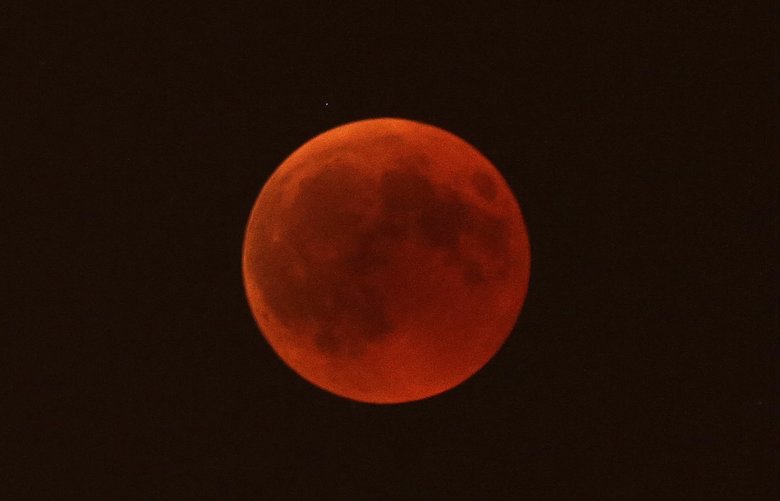 The phenomenon, known as a “blood moon” will see the moon turn into a rusty red color, hence the name

A blood moon takes place during a lunar eclipse but instead of the full moon disappearing entirely, as it happens during a normal eclipse, it turns a rusty shade of red.

A lunar eclipse takes place when the Earth casts a shadow on the moon. Total lunar eclipses are not common. They happen only when it’s a full moon, and only when the sun, Earth, and moon are precisely aligned so that the darkest part of our planet’s shadow completely blankets the lunar disk. What makes this even more interesting is that on Saturday, the moon will be unusually close to the Earth and it will appear slightly bigger and brighter, making it a so-called “super moon”.

So what will be seen in Antigua is what has been described as a “super blood moon.”But what makes the moon appear red in color? National Geographic explains that during a total eclipse, sunlight shining through Earth’s dusty atmosphere is bent, or refracted, toward the red part of the spectrum before it’s cast onto the moon’s surface.

As a result, you will see the lunar disk go from a dark gray color during the partial phase of the eclipse to a reddish-orange color during totality. However, in order to see this event, you will have to stay up late.

The full effect of the blood moon will begin to be seen in Antigua at about 12:41 on Monday morning.

However, of the event can be seen hours before. The peak of the “blood moon” will take place at 1:12 on Monday morning but the entire event will last about five hours and 12 minutes. Lunar eclipses have been a source of awe and fear throughout history.