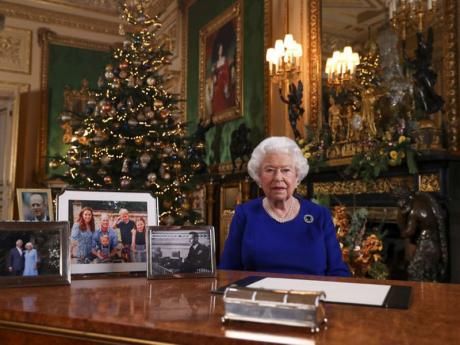 The Queen has broken her silence on Harry and Meghan’s bombshell interview to say that ‘while some recollections may vary’ the ‘whole family is saddened’ to hear of the couple’s ‘challenging few years’.

Her Majesty said an alleged racist comment made about what colour the Duke and Duchess of Sussex’s baby Archie would be was ‘concerning’ and will be ‘addressed by the family privately’.

The monarch will reportedly speak to senior royals – including Charles, Camilla, William and Kate – behind closed doors over the couple’s allegations.

Her statement added that Harry and Meghan – using their names rather than titles – and their son ‘will always be much loved family members’.

The Queen said: ‘The whole family is saddened to learn the full extent of how challenging the last few years have been for Harry and Meghan.

‘The issues raised, particularly that of race, are concerning. While some recollections may vary, they are taken very seriously and will be addressed by the family privately. Harry, Meghan and Archie will always be much loved family members.’

It is understood the Queen waited until Tuesday to comment on the devastating interview with Oprah Winfrey so Britons had the chance to watch it first – but ‘the Firm’ is not expected to make any further comments.

Royal expert Richard Fitzwilliams said her response assures Harry and Meghan and the public that the concerns raised in the interview will be addressed.

He told MailOnline: ‘It would always have been inappropriate to do a point by point rebuttal of claims which they made with which the Palace disagree. Since the interview reportedly runs to 3 hours, 20 minutes, it was very likely further extracts would be released which would obviously cause complications.

‘The Queen, part of whose life’s work has been to nurture the Commonwealth, a symbol of diversity, has rightly expressed concern about the issue of race being raised.

‘As has been widely reported, the views expressed on several issues by the Sussexes were highly questionable. The Queen’s use of the phrase ”while some recollections may vary” handles this with sensitivity.

‘We know from her Christmas messages how important the family is to the Queen. All families have their differences and difficulties and the strength of Harry and Meghan’s feeling that they had been badly treated was obvious.

‘The reference to Harry, Meghan and Archie as ”loved family members” is therefore highly appropriate.

‘They are assured that their concerns are taken very seriously and that the way to handle the issues they have raised is to do so privately, as a family.

‘This is a short statement which, in the Queen’s inimitable way, has a healing touch. Let us hope that, after yesterday’s shock interview, it begins a process where the royal family and the Sussexes, who are part of it, can realise their undoubtedly unique potential together and solve their differences away from the public gaze.’

It comes after senior royals broke cover today amid claims the palace was paralysed with fear that Harry and Meghan could reveal the figure accused of commenting on Archie’s skin colour.

Prince Charles and his wife Camilla, the Duchess of Cornwall, were out and about visiting several vaccination centres as part of their official duties, while the Duke and Duchess of Cambridge were seen driving around London on personal errands.

A senior palace source earlier today claimed the delayed statement from the Queen was partly down to a lack of ‘trust’ between the Windsors and the Sussexes, with fears a denial without fully investigating the claims could lead to Harry and Meghan naming the person they accuse of making the comment.

The Duchess of Sussex’s allegation a senior royal asked Harry how ‘dark’ Archie’s skin would be and the claim the one-year-old was denied the title of prince because he is mixed-race – rather than because of protocol – are the most damaging to the royals.

‘A denial could lead the Sussexes breaking their vow and naming the member of the royal family who discussed their son’s skin colour. There is a lack of trust,’ an insider told the Evening Standard.

The source added: ‘It could lead to the Sussexes naming names and it blowing up again.’

Prince Charles smiled but stayed silent as he was quizzed about the interview on the first official engagement by a royal since it aired – as he told a nurse ‘I can imagine how exhausting it is’ as she described her work handing out vaccines.

The Prince of Wales – who is said to be ‘absolutely devastated’ at Harry’s claims he cut him off, put on a brave face as he spoke to medics, clerics and patients at Jesus House church near Brent Cross in London, following the deluge of personal attacks in front of a TV audience of 28million in the UK and US alone.

He was alone for that visit, although Camilla joined him later for trips to a vaccination centre in Elephant and Castle, south London, and the headquarters of NHS England.

One parishioner at Jesus House, who only gave her first name, Grace, highlighted that Charles had visited a ‘black church’, adding: ‘All that effort and someone turns around and says there’s racism, I don’t believe that’.

Harry – through back-stage comments to Oprah – has ruled out the Queen and Prince Philip as having made the comments about Archie but left other royals under suspicion.

Charles is said to be ‘deeply’ concerned over the racism claims, with a source saying: ‘It goes against everything the Prince of Wales believes in. He believes diversity is the strength of our society.’

This morning’s visit is understood to have been in the palace diary for some time, although the royals may have had a suspicion about what could be discussed in the Oprah interview in advance of it airing.

Charles seemed at ease as he chatted with people waiting for their vaccinations, including one woman who said she was from Nigeria.

The prince – who previously visited the church in 2007 – replied: ‘Oh fantastic, yes, I’ve been there. Lots of different ethnic groups. Do give them my kind regards next time you speak to them.’

As Charles left the church, a reporter asked, ‘Sir, what did you think of the interview?’, and after turning to see who had called out, he smiled and carried on walking.

In the Oprah interview, Charles was personally referenced by Prince Harry, who said he felt ‘really let down’ by his father after he allegedly refused to answer his calls during his time in Canada.

Harry also claimed his family had cut him off financially and suggested the Queen had been badly advised and had cancelled a meeting scheduled at Sandringham.

Discussing his father, Harry said: ‘I feel really let down because he’s been through something similar. He knows what pain feels like. I will always love him, but there’s a lot of hurt that’s happened. And I will continue to make it one of my priorities to try and heal that relationship.’

Royal insiders have rubbished the claims and said Charles feels ‘let down’ by his son’s comments.

‘The Prince of Wales went out of his way to make sure his son and daughter in law were financially supported,’ a senior source told the Standard.

Harry’s remarks raised eyebrows as the couple had themselves made clear their express wish to be ‘financially independent’ when announcing their decision to quit in January 2020.

Meanwhile, another source close to the heir to the throne told the Telegraph Charles will be left ‘absolutely devastated’ by what his youngest son had said about him.