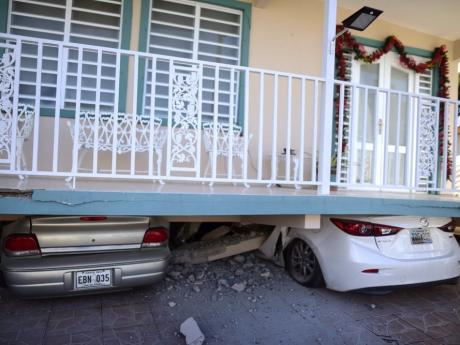 It was one of the strongest quakes yet to hit the US territory that has been shaking for the past week.

There were no immediate reports of casualties.

Another quake measured at magnitude 5.1 struck later Monday at 10:51 a.m., shaking power lines and frightening residents of southern Puerto Rico who had been waiting outside their homes due to fears the buildings were damaged and unstable.

The first quake struck at 6:32 a.m. just south of the island at a relatively shallow depth of six miles, according to the U.S. Geological Service.

There was no tsunami threat, officials said.

Power outages were reported in some parts of Puerto Rico following the quake, Angel Vazquez, emergency management director for the southern coastal city of Ponce, told The Associated Press.