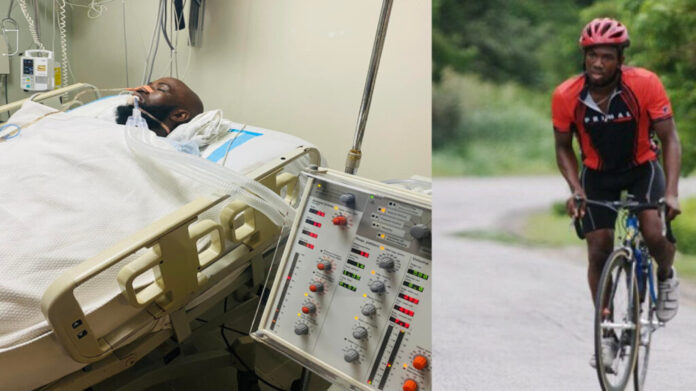 As fundraising efforts for national cyclist Andre Simon continue, one member of the group spearheading the effort, Joshuanette Francis, is encouraging members of the public to support a number of upcoming initiatives this weekend. CLICK HERE TO JOIN OUR WHATSAPP GROUP FOR NEWS UPDATES.

Speaking on the Good Morning Jojo Sports Show, Francis said one such event is a 5am hike to Sleeping Indian.

“We’re hiking this Sunday, so we are inviting the public out because for the past three weeks we have just been amping up how much money we make. In the first week, we made just $180, in week two we made $472, week three we actually partnered with Trifle and Treat who were selling their treats and we also paid $10 so we were able to raise $670 from [Sunday’s] hike. I am inviting the public out because if we moved from one $180 to $670, then this weekend we should be able to hit $1,000,” she said.

Simon was severely injured after he was struck by a vehicle during a training ride on May 8. He was airlifted to the TIRR Memorial Hospital in Texas on July 2 after a mammoth fundraising effort that remains underway.

In an update posted to Facebook at the weekend, his brother Dwayne Simon, who accompanied Andre to Texas, explained that a pressure ulcer on his brother’s posterior region has been interfering with treatment plans.

Francis explained that efforts to raise funds at a number of Carnival-related activities continued over the weekend with the BlueVe fete.

“I wasn’t there personally but someone from the team was actually at those events collecting, and then on Sunday morning we did a third hike for Andre Simon so the different hiking groups have been coming together on Sundays. The 5 AM Hikers, 268 Hikers, WPN, Iguanas and just lots of different groups coming together on a Sunday and all donating $10 to his medical bill,” she said.

Three other cyclists were also struck in the Mother’s Day road accident but were discharged from hospital soon after. Since then, a 39-year-old man from Hatton has been charged with dangerous driving. — OBSERVER