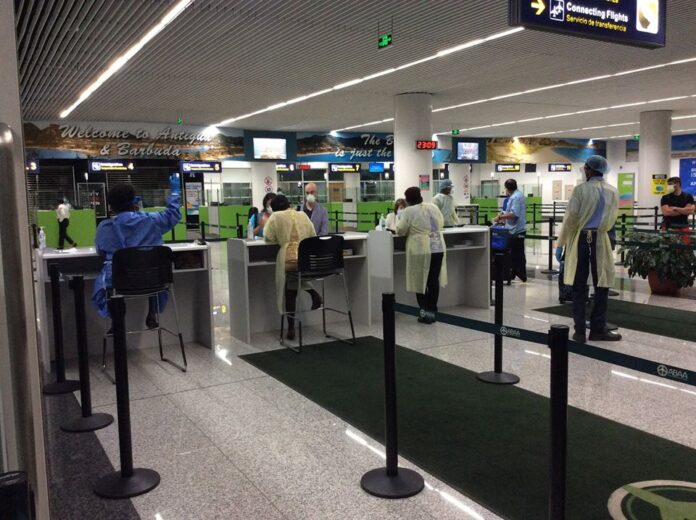 The Cabinet met virtually, for the third time since the New Year began. All Ministers were present.

The Covid-19 pandemic that has challenged economies around the world, remained a primary item of discussion and decision-making for the Cabinet of Antigua and Barbuda.

The proposal to allow unvaccinated visitors to enter into Antigua and Barbuda with the benefit of a rapid antigen or PCR Test, was placed on hold until more data can be gathered.

The progression of the Omicron variant is being evaluated.

The World Health Organization (WHO) has noted that the restrictions inhibit travel and make it more costly to travel, but does not make travel any less risky.

The Cabinet will revisit the subject next week when it convenes. All Covid-19 protocols remain in place.