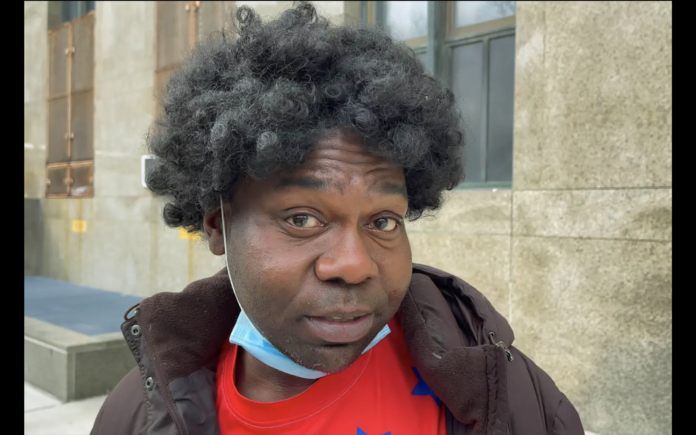 An infamous female scofflaw who was previously arrested 100 times for shoplifting and repeatedly released without bail has finally landed in the city pokey after yet another store theft, according to court documents.

This time, self-described “professional booster” Michelle McKelley, 41, made the mistake of fighting back against cops in Harlem during the weekend crime, authorities said.

Officers trying to arrest McKelley said she fought back, “kicking, biting, scratching and spitting” at them, according to police.

Both officers were taken to St. Luke’s Hospital for treatment of their injuries.

McKelley was charged with two counts of assault in the second degree, petit larceny and criminal possession of stolen property. At her arraignment, the Manhattan District Attorney’s Office requested $25,000 bond. Bail was set at $5,000, records show.

McKelley was in jail at Rikers Island as of Sunday morning, according to documents.

In addition to her dozens of theft arrests, the accused serial shoplifter also has another 11 sealed busts, police sources said.

She was last arrested June 25 for allegedly pocketing $125 worth of goods from a CVS in Lower Manhattan — only to be freed once again under the state’s soft-on-crime criminal-justice reforms.

At her arraignment in that case in Manhattan Criminal Court the next day, prosecutors said McKelley has failed to appear in court 27 times on her multitude of past arrests — and had five other pending cases against her.

But she still was able to walk free without bail thanks to 2019 state reforms, which only allow prosecutors to ask that she be put on supervised release while the case is pending.

In February, the suspect allegedly boasted to cops about her “hustle” after they said she had been caught stealing from an Upper East Side Target and then released at her arraignment.

“I haven’t got caught in a long time,” she crowed to the officers, according to prosecutors in Manhattan Criminal Court.

“I’m a professional booster. Y’all are stopping my hustle,” she allegedly added.

Speaking to The Post after that hearing, Mckelley described how she “professionally obscures” items — including even the red shirt she wore in court.

“I have to get a new outfit … so I have to go work,” Mckelley said when asked if she’d steal again.