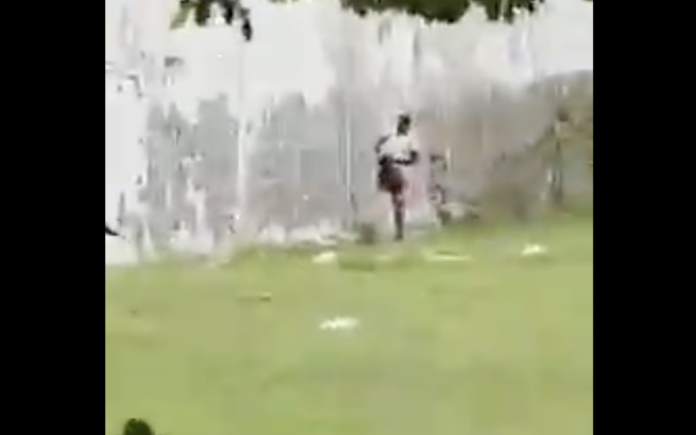 Correctional authorities are probing the circumstances surrounding a video which appears to show a bag being smuggled over the fence, purportedly of Her Majesty’s Prison.

Acting Prison Superintendent Jermaine Anthony says he has seen the video and is seeking to determine when the incident transpired.

He says it does appear to have taken place at Her Majesty’s Prison, but it is unclear if it is a recent incident.

A man with a bag is seen at the base of the perimeter wall and the bag is then hauled over by an individual on the Prison compound in a coordinated operation.

The video, once authenticated, would reignite concern over the issue of smuggling over the walls of the correctional facility.

Acting Prison Superintendent Anthony had only recently indicated in his end-of-Assizes report to the High Court that vulnerabilities persisted in perimeter security, partly because of the absence of a buffer zone as well as the height of the Prison Wall.