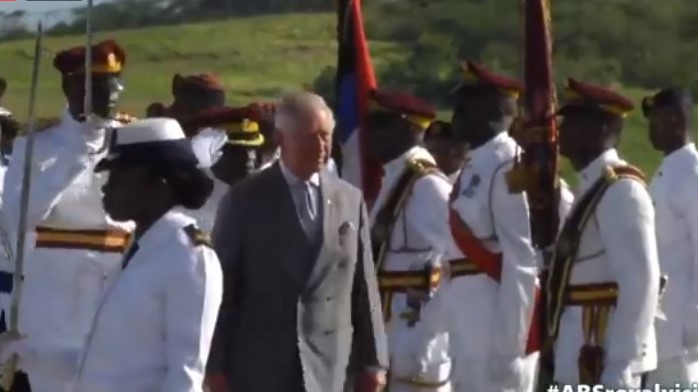 The man next in line to the British throne, the Prince Charles of Wales arrived in Antigua moments ago to the expected pomp and ceremony. 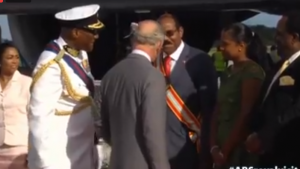 Prince Charles was also introduced to heads of the security forces and a handful of members of the cabinet before inspecting a guard of honour.

His Royal Highness’s visit comes following the widespread devastation in the region caused by Hurricanes Irma and Maria.

During the tour The Prince of Wales will meet members of the local communities and hear about the ways in which they have been recovering since the storms hit the Islands.

While here, The Prince of Wales will be conducting engagements on the island. His Royal Highness will visit Barbuda and The British Virgin Islands on Saturday 18th November. On the final day of the tour, Sunday 19th November, The Prince will conduct engagements in Dominica.

Antigua and Barbuda, The British Virgin Islands and Dominica were all severely affected when Hurricanes Irma and Maria struck in September 2017. The storms caused widespread devastation which led to the displacement of communities.

This is His Royal Highness’s first official visit to Antigua and Barbuda, The British Virgin Islands, and Dominica.