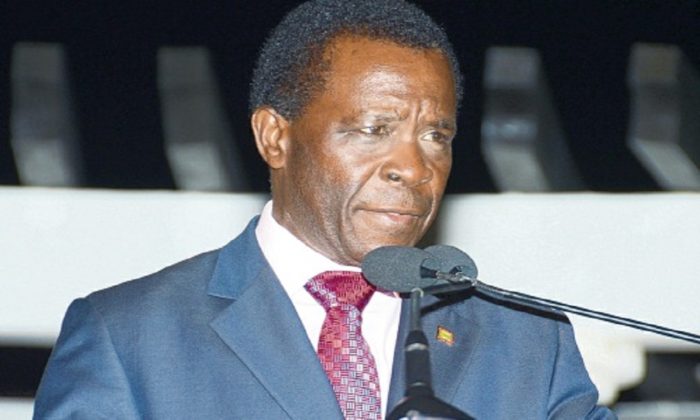 Addressing a convention of the women’s arm of his New National Party (NNP) Sunday night, Mitchell referred to the NDC caretakers Ali Dowden and Tevin Andrews as “Arlene” and “Theresa”.

Scores of Grenadians at home and abroad have since taken to social media to criticize the Prime Minister and called on him to apologize.

One resident commented: “Ali and Tevin have added youthful energy to Grenada politics; Ali has been awarded by QEII; Tevin continues to take the hurts and woes of the people of the dependencies to the forefront. They both seem to have a promising future in leading young people of this tri-island nation to improve themselves and get involved in positive activities”.

Kellon Bubb, a Grenadian who resides in the United States, said: “I condemn in the strongest possible terms the homophobic jab Dr Keith Mitchell leveled against the NDC caretaker candidate for Carriacou and Petit Martinique. Calling the young man a “she” isn’t funny and one can certainly make fun of political opponents without engaging in such asinine diatribe. Dr Mitchell is supposed to be an elder statesman and should conduct himself in a manner befitting his status as the longest serving parliamentarian in Grenada and the Eastern Caribbean”.

In October last year, ahead of a referendum to change the island’s Constitution, there was a raging debate as to whether or not the Rights and Freedom Bill, one of seven in the referendum, was creating a loophole to legalise gay marriage in Grenada.

While the Constitution Reform Advisory Committee (CRAC) said it was promoting the legislation as elevating the fundamental rights and freedom of citizens, some sections of the religious community viewed it as creating a loophole to legalise gay marriages.

Human rights attorney, Ritchie Maitland, said then that the proposed amendments in the Rights and Freedom Bill was seeking to strengthen the human rights protections which people currently enjoy and would not bring any special rights to persons who are labelled as Lesbians, Gays, Bisexual, Transgender and Intersex (LBGTI).