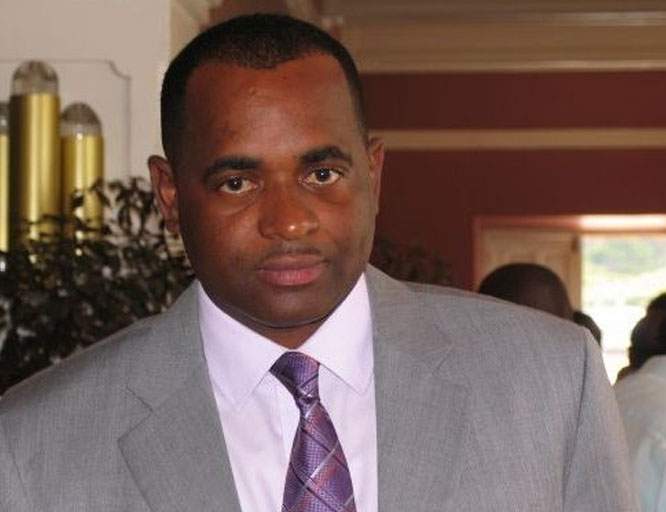 The Prime Minister of Dominica, Roosevelt Skerrit has issued an urgent appeal for the island, following the passage of Hurricane Maria earlier this week.

Skerrit in an emotional interview on ABS television on Thursday said the entire nation has been impacted by the powerful storm.

“The entire east, the extreme south, the inner communities…the rain forest areas where the indigenous people reside…there are significant challenges,” he said.

Skerrit, who also lost the roof his home during the storm, said the “logistics of getting supplies will be critical” and he has authorised and approved a distribution strategy.

“The most immediate needs are tarpaulins, water, and food supplies…..every village I’ve been to, they are in need of water and more water and baby supplies.”

However the Prime Minister said the resilience of Dominicans is evident even in the midst of crisis and the “community spirit is kicking in”.

“People are on the move, clearing the streets to create access to buildings. Some of them are still in shelters….. there are also many who have no place to sleep at night.”

Concerning telecommunications, the Prime Minister said experts from both Digicel and Flow have been working feverishly to restore services as there is limited cellular coverage.

Skerrit said the road to recovery will be a long one.

“It is going to be a very long a difficult journey, but I am confident that if we remain united as a people we can bounce back. It will take us sometime but as for myself I am completely committed to the country in doing what I can to assist in raising the necessary finances and making contacts.

The Prime Minister said he will be travelling to New York on Friday to address the United Nations general Assembly.

“I originally had no intentions of going …. But I will speak to the international community, to have meetings with UN Secretary General, to outline Dominica’s situation . So we will not leave any stone unturned. We have all been impacted and we can only make life better.”

In making reference to the health sector, the Prime Minister said patients in need of critical care at the hospital – that lost its roof, must be airlifted.

“The hospital is being run on an archaic system…..the dialysis machines are down, the ICU has been destroyed by the hurricane. That is one of our major concerns.Any country that can assist us with airlifting patients to Martinique. One patient who has to receive dialysis everyday walked over 21 miles and I met him at the hospital….another patient, if he doesn’t get airlifted, he will expire.”

Skerrit also pointed to the need for access to resources to build more resilient countries.

“We have been playing our part but the extent of the resources required to put in the mitigation systems is beyond us…..”

In a message to Dominicans in the Diaspora, Skerrit said the country needs them.

“If there has ever been a time that Dominica needed its people the most, it is now…..I am here to speak on behalf of the 72-thousand people who call Dominica home – everyone of us need you.”