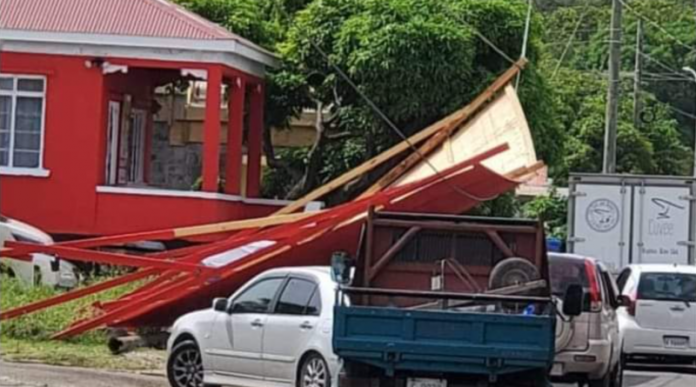 About two weeks ago, and continuing up to yesterday, Thursday, the Development Control Authority (DCA) placed notices on seven billboards erected by Michael at various parts of the constituency and on those erected by several UPP Candidates.

Speaking in Parliament on December 1, Browne said there is a process that must be followed to have billboards put in place, and once this is done then the regulators would grant permission.

He claimed he has no authority over the DCA and that the body conducts its work independently.

In response to the All Saints East and St. Luke Member, Jamale Pringle, who asked why the billboard issue had been referred to Browne, the PM denied that it had – saying he is not the minister with responsibility for the DCA.

(In fact, the DCA falls under the ambit of the Prime Minister’s wife, MP Maria Browne.)

Browne also accused the Opposition Party of carrying the fight for MP Michael, who has been instructed to remove several of his billboards.

Meanwhile, addressing the orders issued to Michael, the Prime Minister said the MP was seeking to construct 62 structures – sized 16’ x 32’ which are huge.

Browne described this as excessive and nonsense, and claims that Michael did not have the requisite approvals.

However, MP Michael says the Labour Party, in the past, applied for over 200 billboards to be erected, and the Development Control Authority gave its approval within two days.

Michael is expressing confidence that he will retain the St. Peter seat, whether on a Labour Party ticket or independently, since the candidacy of Rawdon Turner is still a legal issue.