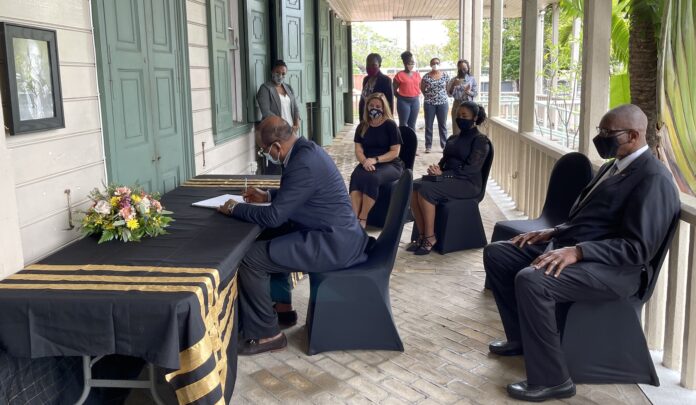 Prime Minister the Hon. Gaston Browne, on Tuesday joined Governor General, His Excellency Sir Rodney Williams and Lady Williams and British Resident Commissioner, Her Excellency Lindsy Thompson in signing the book of condolences in respect for the life and service of HRH The Prince Philip, The Duke of Edinburgh, who died last Friday.

Writing in the book of condolences, Prime Minister Browne said that HRH The Prince Philip, was a towering figure who worked tirelessly over seven decades to empower the people of the United Kingdom and the Commonwealth.

On Tuesday, Members of the Cabinet of Antigua and Barbuda and the Lower and Upper Houses of Parliament, Members of the Diplomatic Corps and the general public also had the opportunity to sign the book of condolences.

His Royal Highness The Prince Philip, The Duke of Edinburgh passed away on Friday 9th April at the age of 99 years. 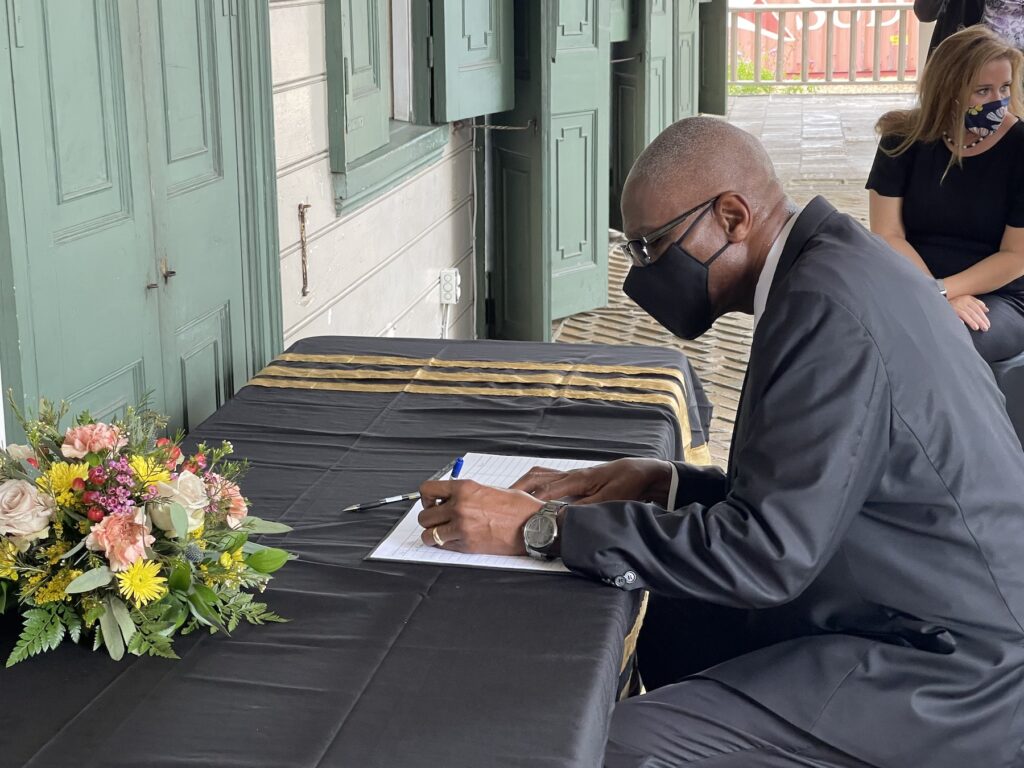