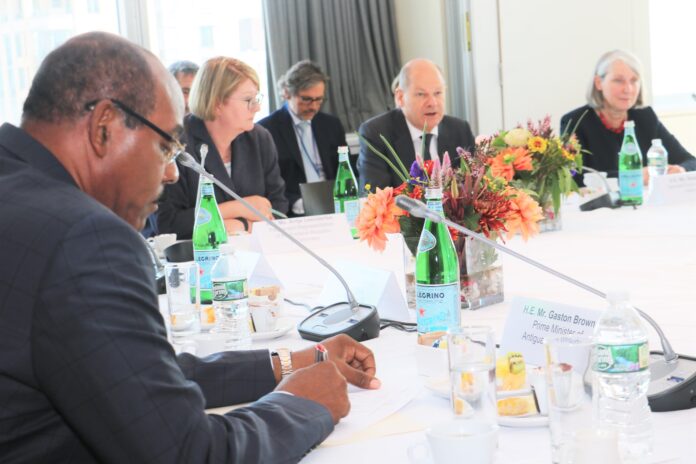 As chair of the Alliance of Small Island States (AOSIS), Prime Minister the Hon. Gaston Browne participated in an Open Exchange with the new German  Chancellor Olaf Scholz earlier today.

The meeting is only one of several bilateral and multilateral engagements that will hold the attention all the country’s Prime Minister on his visit to New York for the 77th United Nations General Assembly.

Prime Minister Browne used the opportunity to plead the case of small island states who remain under the constant threat of extreme climatic conditions.

A major priority for Antigua and Barbuda as Chair of AOSIS at COP27 is the establishment of a funding facility to finance Loss and Damage.

“COP27 must show the political will to address the climate crisis like the crisis that it is, and the responses that we have seen for the pandemic, the war in Ukraine and the energy security crises,” Prime Minister Browne stated.

Against this background, Prime Minister Browne urged for the inclusion of Loss and Damage as an item on the COP 27 agenda and ultimately for the establishment of such a funding arrangement by the end of the meeting, which will take place in Egypt later this year.

He also took Germany to task for reactivating coal plants even as the goal to stay below 1.5 remains under threat because of the hesitancy by industrialised nations to shift meaningfully away from their dependence on fossil fuels.

Prime Minister Browne also tabled several solutions for Germany’s consideration in supporting the needs of Small Island States (SIDS), one of which is the Multidimensional Vulnerabilty Index (MVI) where Prime Minister Browne is the Co-Chair of the UN Expert Panel on the MVI

Once agreed by UN Member States, the MVI  will take into account the unique vulnerabilities for island states as they seek to build resilience from climate change and other global shocks. The MVI will allow middle and high-income SIDS to gain access to concessional financing and other development support irrespective of their income status. 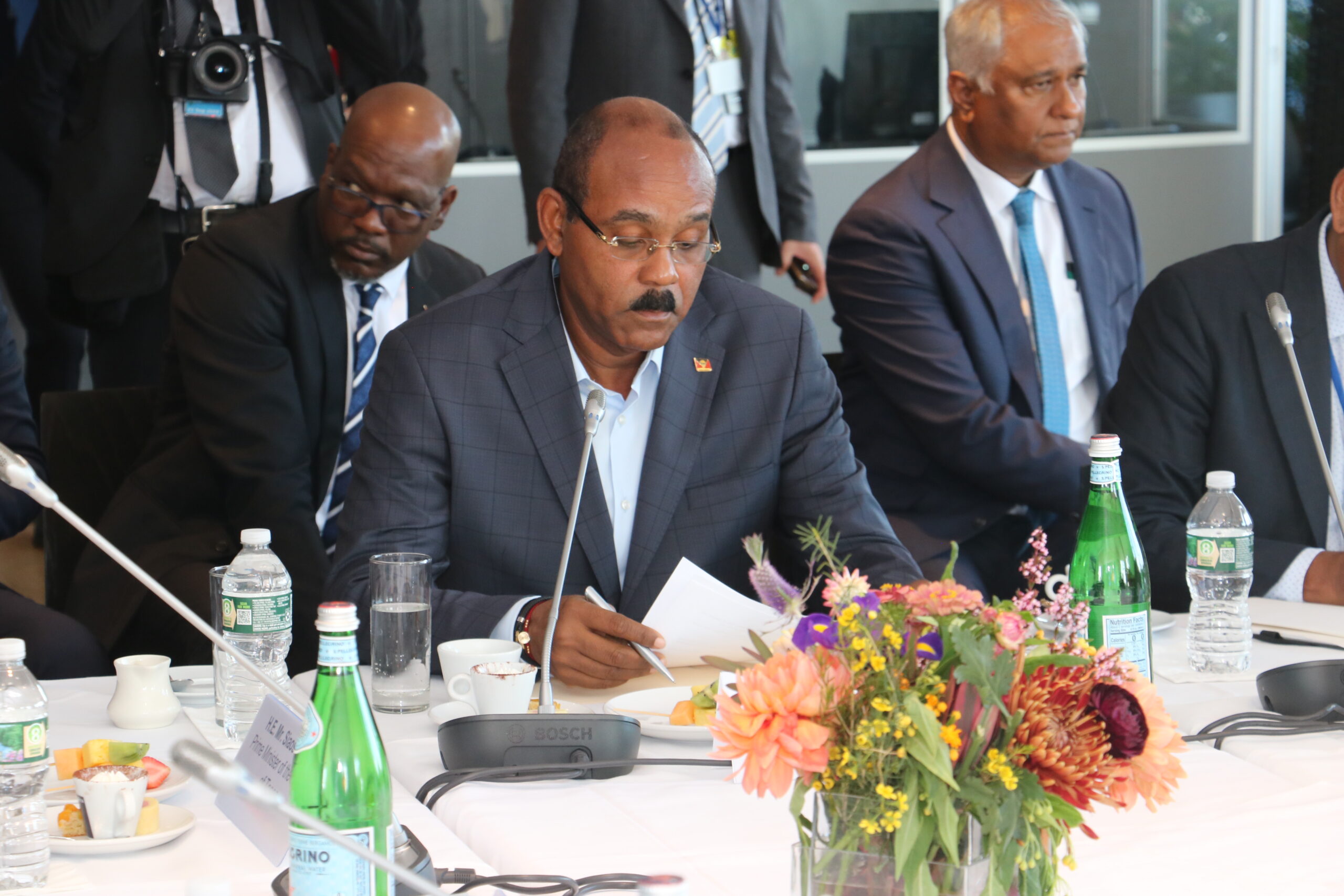