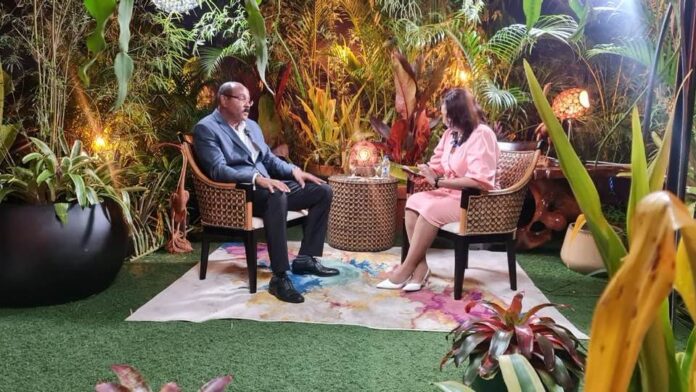 Prime Minister Gaston Browne is urging regional countries to collaborate more to ensure the region is fully served both in maritime and air transportation, saying it is necessary for further deepening the regional integration process.

Browne, who is attending the 43rd Caribbean Community (CARICOM) summit that ends here later on Tuesday, told the Caribbean Media Corporation (CMC) that it is critical to the issues of connectivity that both maritime and air transportation is adequately addressed.

“You can’t sustain an integration movement if you can’t move goods and people effectively and that has been a major problem with the integration movement from since its inception,” he said, adding that he hopes the summit here would “come up with a new model for air transportation one in which we can sustain|.

He said he was looking towards a model ‘to which member states can contribute, so you would have a model of shared burden and shared benefit.

“In the past we have seen situations where some countries have been loafers, they benefit from the services but they do not wish to contribute. You cannot sustain air transportation or maritime transportation for that matter on that type of model in which some pay and others don’t.

Browne told CMC that an examination of both the air and maritime transportation needs of the region “they cannot be sustained by any single member state.

“So it requires a collective effort and it requires collective burden,” he said, noting that Barbados has already indicated it has done some work in that area “clearly they would have to broaden it to include all of CARICOM and to provide the kind of maritime transportation mechanism which we can move goods and even people throughout the region”

Last month, the chairman of the CARICOM Commission on the Economy, Professor Avinash Persaud, said that Barbados and some of its CARICOM neighbours could be inching closer to having a fast ferry system that would see faster and more affordable transportation of cargo and people and help put a dent in the region’s food import bill.

However, the initial investment is estimated to be a major one – in the region of about US$100 million – and the plan could take close to two years to materialise.

“We are currently in negotiations with some potential private partners who will deliver that if governments provide some support, but it is early days yet,” Persaud said, noting that the discussions included examining the possibility of two specially-built vessels.

One passenger vessel would be similar to the one that operates between Port of Spain and Tobago, while the other would be a smaller one to transport cargo.

Prime Minister Browne told CMC that the region could benefit from the research, Caribbean countries could import food from Guyana, Suriname and even Brazil “that would be far cheaper than the foods we are importing from North America.

“So in terms of keeping the price of food down it is important that we establishment maritime transportation, reliable and sustainable…,” he said, adding that he believes the region needs “combo assets” that could both transport people and goods “and by so doing you will be able to move people and goods more effectively within the region and certainly to sustain our integration movement.’

“I think it is a critical aspect of sustaining our integration movement. I would say that within recent times there has been heighten discussions and greater commitments coming from the leaders,” Browne said, making reference to the situation in Guyana where President Irfaan Ali would have developed an Agri-plan for the region aimed at reducing the import bill by 25 per cent by 2025.

“I am pretty sure that the opportunities that would be created for Suriname and Guyana in particular would be enormous, “he said give that these countries have a lot of land, fresh water and capable of producing much food for the region.

“We should not be relying on what is most exclusively imports from North America when we have countries within the integration movement that can supply us,” Browne said, giving as an example, the importation of water melons to his country, which would be much cheaper even with a 100 per cent mark up for transportation etc.

“So we need to unlock those opportunities or the potential of these countries to supply the rest of the Caribbean and only how it will be achieved is if we establish reliable and sustainable air and sea transportation.

‘Again it requires an all of CARICOM effort in which all the countries come together and subsidise these assets …because generally speaking because of the small population size, you will find, especially for an airline it is difficult to turn a profit.’

“So it will require some level of subsidy, but when you look at the economic gains and even the social gains, it is a public good to have reliable and sustainable regional transportation and therefore the countries of the region should not hesitate to provide whatever subsidy is necessary,” Prime Minister Browne told CMC.