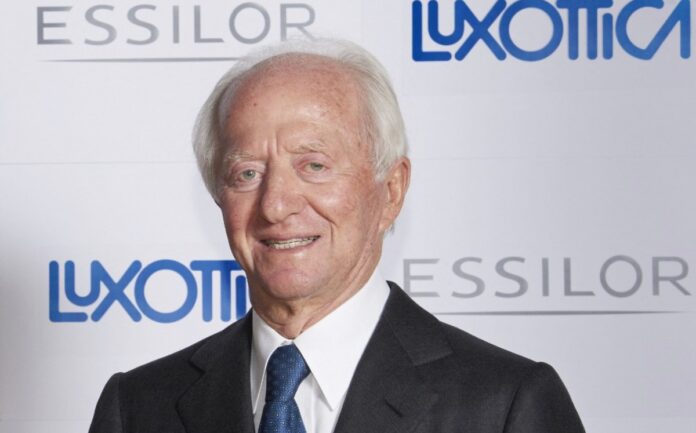 We thank him and his family for the generous contribution of EC$4,000,000.00 (four million dollars) to build a science Wing at the Sir Novel Richards Academy.

He was a homeowner at Jumby Bay, and had an abiding love for the people of our small island-state.

Although advanced in age, none believed that he was facing death so soon.

The Cabinet of Antigua and Barbuda expresses profound condolences.

In acknowledgement of his contribution, the Sir Novelle Richards Academy will hold a wreath-laying ceremony in the near future.

Leonardo Del Vecchio is a remarkable man who grew up in an orphanage.

On the death of his father, his mother did not earn sufficient to raise her 5 children, hence the orphanage.

He nevertheless was worth more than $25 billion dollars on his death and was the father of 6 children.

We regret the death of this outstanding philanthroper, and pray that his soul will rest in peace eternal.

Italy’s Leonardo Del Vecchio, who rose from childhood poverty to build the eyewear empire that owns brands such as Ray-Ban and Oakley, has died at the age of 87, his company said on Monday.

Del Vecchio added a dash of Italian style to spectacles and became one of Europe’s wealthiest men, investing some of his riches to build stakes in Italian financial group Mediobanca (MDBI.MI) and insurer Generali (GASI.MI).

The billionaire founded the Luxottica business in 1961, initially to supply components for glasses, and remained the chairman and major shareholder in the world’s biggest eyewear group after it combined forces with France’s Essilor in 2018.

Fashion designer Giorgio Armani was among those to pay tribute to Del Vecchio with whom he had worked since the 1980s.

“Together, we invented a phenomenon that did not exist: we immediately realised that glasses, from simple functional objects would become indispensable fashion accessories,” Armani said.