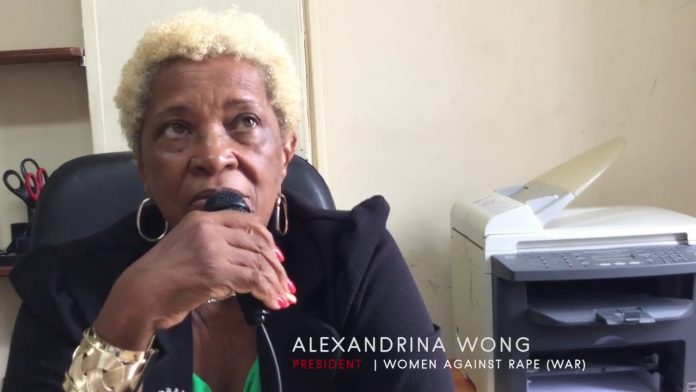 Nurse Alexandrina Wong, the President of Women Against Rape (WAR), says the COVID-19 pandemic has created a number of stressful and unbearable conditions for many women on island.

She added that the pandemic has lead to the postponement of court cases which victims have been waiting for several months to have their matters resolved. And, in some instances, the perpetrators have been using means of intimidation to get to them.

The Women Against Rape (WAR) is a non-government organization that advocates for a coordinated response to prevention and management of gender based violence, including sexual violence, and the realization of gender equality in Antigua and Barbuda.

While Nurse Wong admits that men, too, often face abuse, she notes that women are the most vulnerable.

Further, she says that job losses among women – who now have to depend on their partners more than ever – is creating some of the conflict. And many men are using this to take advantage of their spouses.

Nurse Wong also notes that there has been an increase in homelessness among women, who are being put on the street for not falling in line.

She says WAR has been offering assistance to these persons, although virtually, as a result of the COVID-19 pandemic.