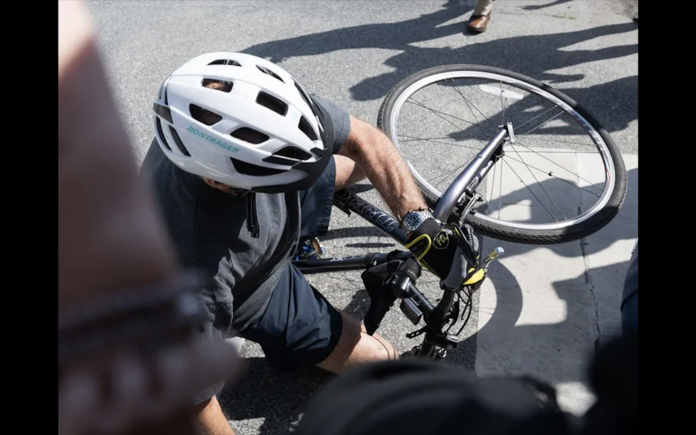 TMZ: President Biden took a tumble off of his bike during a weekend getaway in his home city — but it wasn’t even while the thing was in motion … he toppled over during a complete stop.
JB was out riding with Dr. Jill Biden and a bunch of Secret Service agents Saturday in Rehoboth Beach, DE — near his vacation home there — and while he was turning a corner on the path and coming toward a group of admirers/reporters … he pumped the brakes. 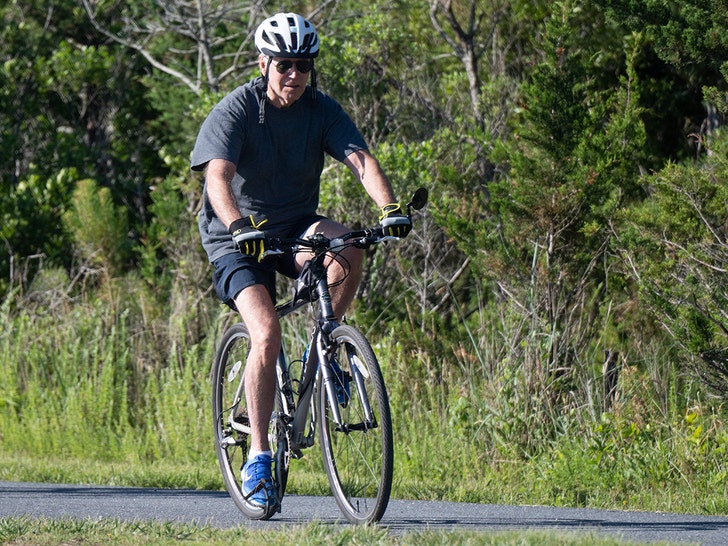 Getty
It didn’t seem like anything was wrong, that is … until POTUS tried dismounting himself from the bicycle, which is where things started to look a bit clunky.
Apparently, Joe got his foot awkwardly caught in the pedal on the right side — and before he and everyone else knew it … 46 was going down. He plopped down (sorta hard) right in front of the group of people, where cameras were rolling and folks audibly gasped in shock. 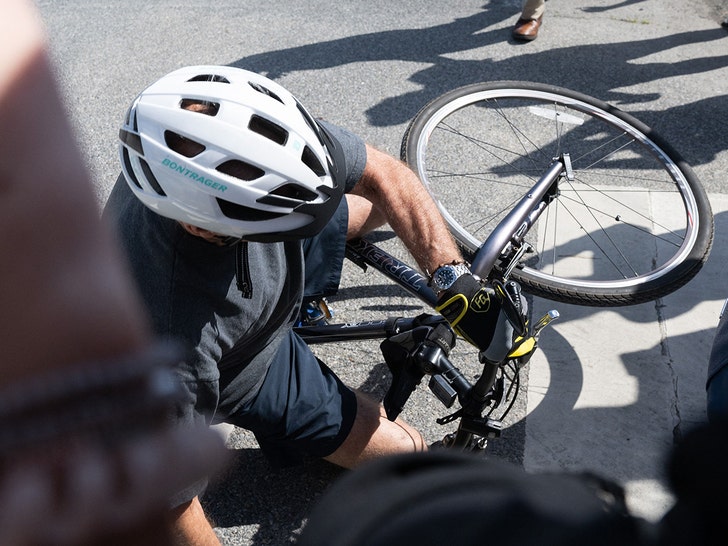 Getty
Ain’t every day that the Commander in Chief cruises by, and it’s even rarer when the dude falls like a chopped tree. As you can imagine … SS swarmed in and helped their boss up.
Seems he was able to get to his feet pretty quickly, and when someone asked if he was okay — Joe reportedly responded, “I’m good.” The White House backed that with an official statement, saying the Prez had an accident, but that no medical attention was needed. 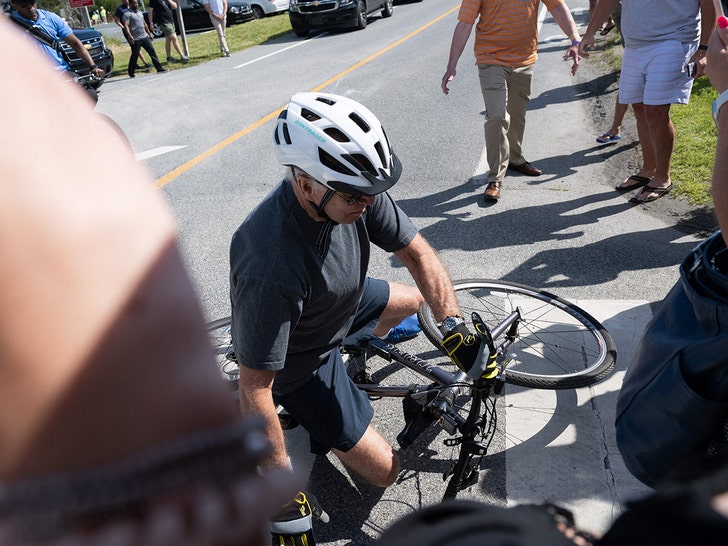 Getty
All’s well that ends well … even though Joe absorbed what looked to be the opposite of a soft landing, he continued on his way. So yes, back on the  two-wheeler.

Also of note, Joe’s almost 80 (his birthday is in November) and you’d think a spill like this might put him out of commission for the day. Not the case … the President is tough as nails.