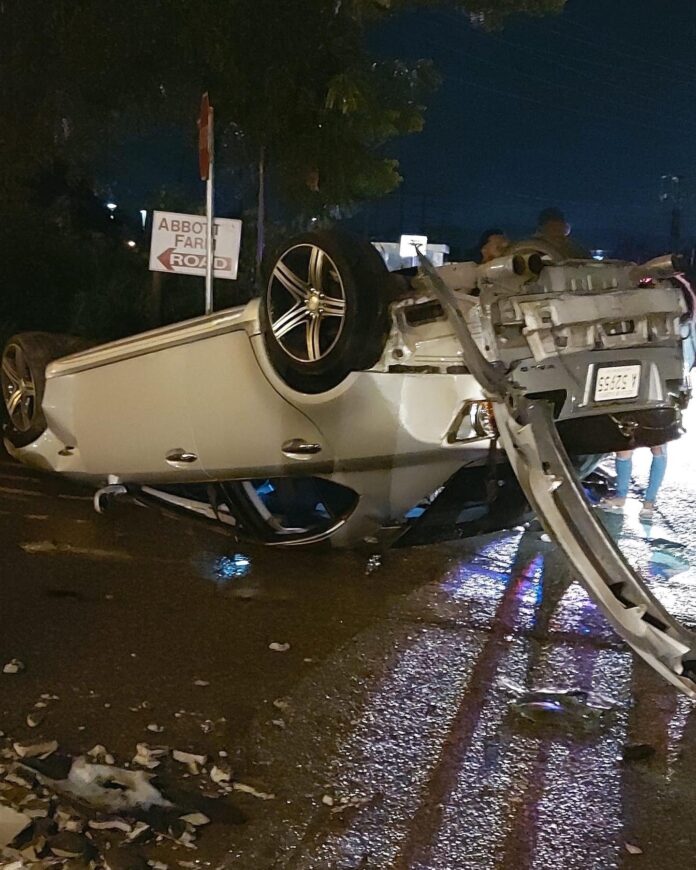 A woman who is five months pregnant was taken to Sir Lester Bird Medical Centre by the Emergency Medical Services Wednesday night after being involved in a vehicular crash on Friars Hill Road.

The car she was driving was hit by another vehicle as she was turning onto the southbound lane of the thoroughfare.

She did not appear to have been seriously injured, but was whisked away to hospital as a precautionary measure.

She told first responders the vehicle which slammed into her car was speeding from north to south.

The incident happened about 10:20 in what has been a busy night for the EMS, with its ambulances responding to several incidents.