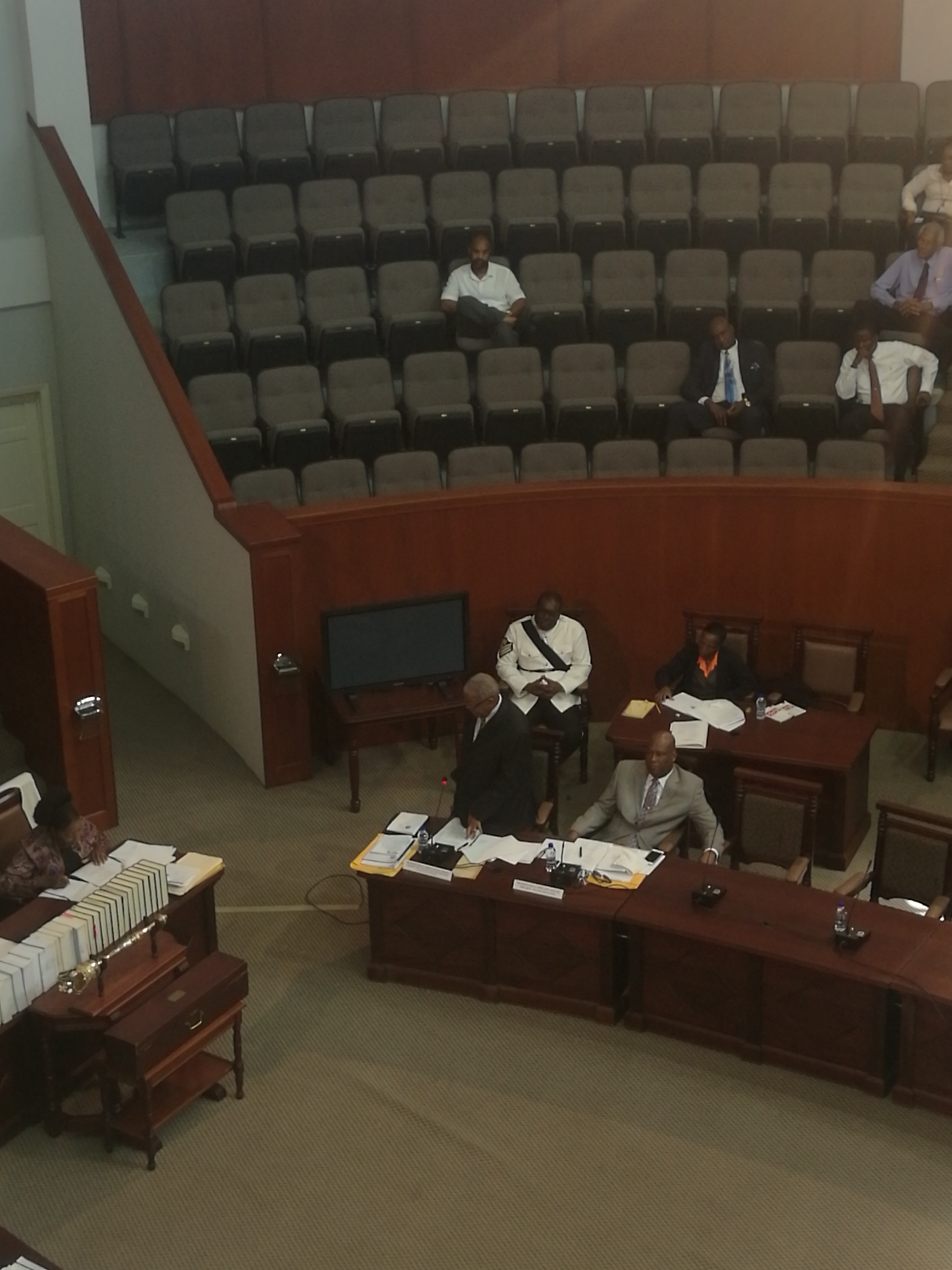 A power outage at the parliament on Thursday stalled the controversial debate on amendments to the Barbuda Land Act.

Power went out at 11:20 a.m which resulted in the suspension on the Lower House by Speaker Sir Gerald Watt.

It happened just as Opposition Leader Baldwin Spencer said that debating the bill at this time was “unjustified.”

Spencer’s request was rejected by Attorney General Steadroy Cutie Benjamin who said there had been enough time between the first and second reading.

Power was restored at 11:57 am when Parliament resumed.

During the lapse, MP’s Wilmoth Daniel and Gaston Browne engaged in a war of words over who will win the St John’s City West constituency.