Employees at the General Post Office in St. John’s have stopped working.

They are protesting yet another delay in the completion of works meant to improve working conditions.

The postal workers were given two weeks for the improvements to be completed but three weeks later their concerns have not been addressed. 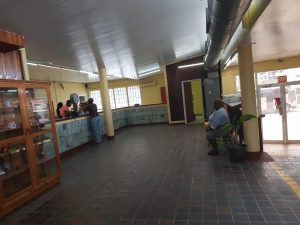 They have long argued that the conditions of the building have caused them illness and discomfort.

Earlier today, they left their post and assembled outside the building in protest.