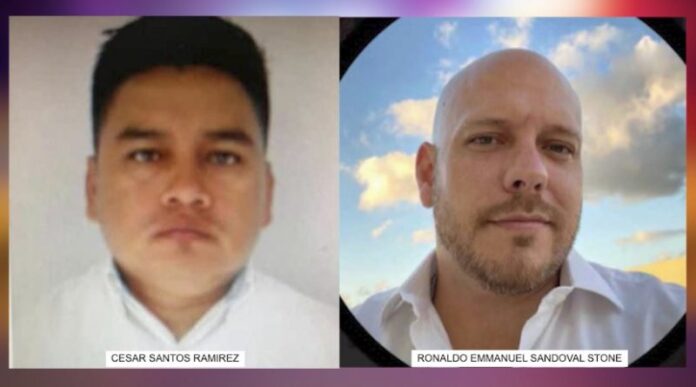 The bodies of the two Mexicans killed at the Pillar Rock Hotel will be flown home for burial in two weeks.

Post-mortem examinations conducted last week have determined that the duo – Cesar Santos Ramirez, 36, and Ronaldo Emmanuel Sandoval Stone, 39 – died from injuries related to gunshot wounds. This paves the way for their families to lay their loved ones to rest.

A coroner’s inquest into the death of both men commenced on Monday, September 12, with a small jury panel.

A source says the coroner, Chief Magistrate Joanne Walsh, has since signed off on the relevant documents, and death certificates have been issued to the consulate.

The soonest the bodies can be flown back to Mexico is October 12, since AmeriJet – the expected carrier – comes to Antigua only on Wednesdays. And it is already full this week, the source says.

The person adds that Mexican officials want the bodies to be accompanied by a representative of the Royalton Hotel, where the deceased worked up to the time of their deaths. However, it is unclear whether this request will be fulfilled.

Ramirez and Sandoval Stone were shot to death at their usual residence, the Pillar Rock Hotel, at Dieppe Bay, Five Islands, on Wednesday, September 7, 2022, apparently while lounging at the hotel’s pool.

The Police are still investigating the double murder. No one has been arrested and charged for the crime, although a fellow employee reportedly was questioned in relation to the incident.

Ramirez’s body was the first to be discovered, floating in the pool, after the hotel manager reported hearing four loud explosions shortly after 9:30 p.m.

Sandoval Stone’s body was not discovered until much later because it had sunk to the bottom, and due to the volume of blood in the pool.

Both men were guests at the hotel and held senior management positions at the Royalton Hotel. — REAL News