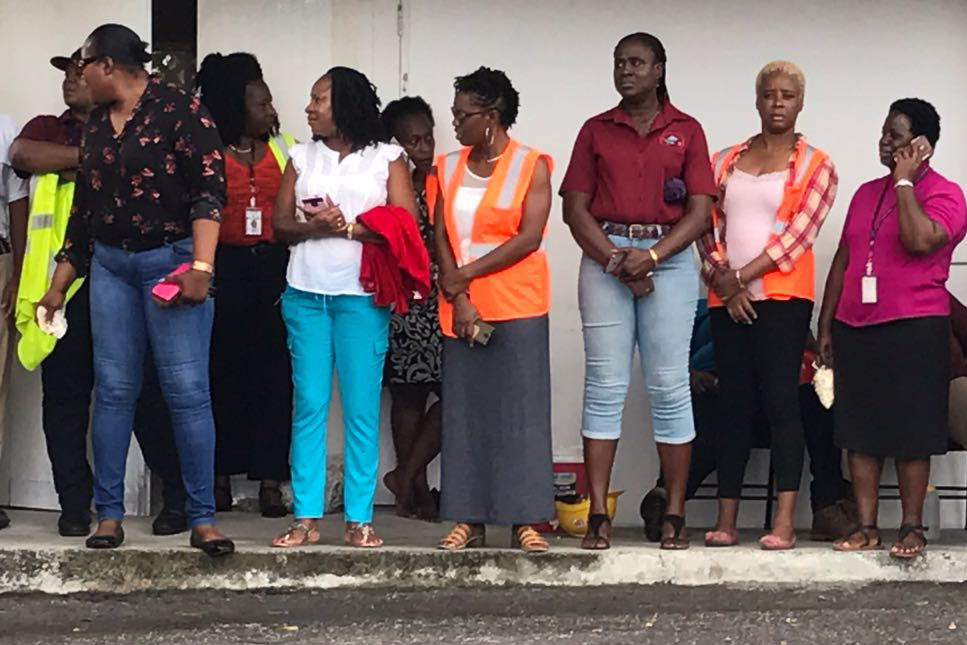 Over one hundred workers have downed tools at the Antigua and Barbuda Port Authority and have marched to the office of the Prime Minister moments ago.

The Antigua Trades and Labour Union is currently dealing with a matter involving the Port Manager Darwin Telemaque and one of his employees.

The two were reportedly involved in an altercation on Wednesday after a meeting with some staff and the Manager.

Telemaque has allegedly accused the man of riling up staff to take industrial action against the authority.

Armin Henry, a Mechanic at the Antigua Port Authority, claims that Telemaque tried to physically escort him off the compound following an argument.

Henry reportedly filed a police report against the Port Manager.

Telemaque has said that he could not speak to the issue since it is now a human resource/union matter and that a report had been filed with the police.

He did, however, quote the section of the Port Authority Act that speaks to the powers of the authority put in charge, titled “Offences”.

The act specifically states that, “Any authorised employee who has been given authority under the provisions of this Act or any regulations made thereunder to maintain order upon any premises of the Authority, or in any harbour, ship or vehicle used by or for the purposes of the Authority, shall, in the performance of such duty have all the powers, rights, privileges, and protection of a member of the Police Force.”

The workers have also used the occasion to lobby for outstanding back pay of which one worker has said, “he [Telemaque] has been bluffing us concerning our money for too long now.”