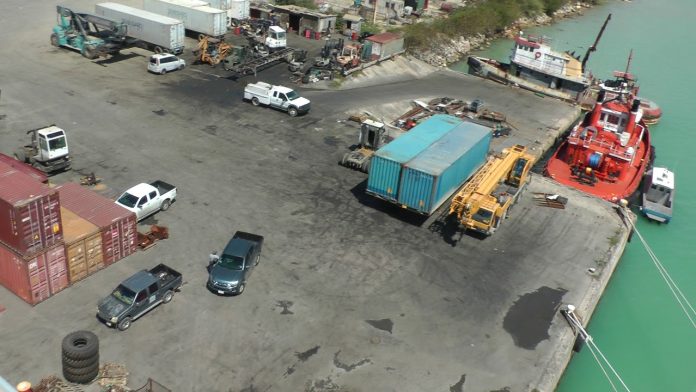 Workers at the Antigua Port Authority took industrial action on Tuesday, in the form of a go-slow, against what one of the shop stewards referred to as “clear cut victimisation.”

According to port worker Amin Henry, all of the workers who are represented by the Antigua Trades and Labour (AT&LU) took action on account of an ongoing issue involving the Ports tow truck operators.

“As it stands, there is an issue that the workers had which is basically the tow truck operators being dealt with by management and the union. Based on that, a decision was taken. There was a meeting yesterday, we were told.” said Henry.

“In the regulations, the truck drivers are not supposed to drive and go onto the vessel until the goods that are being brought are placed on the dock. It’s in the regulations. They are trying to say that that’s not what it is,” Henry added.

Henry is of the belief that workers were being victimised in an effort by management to avoid compensating them for working overtime.