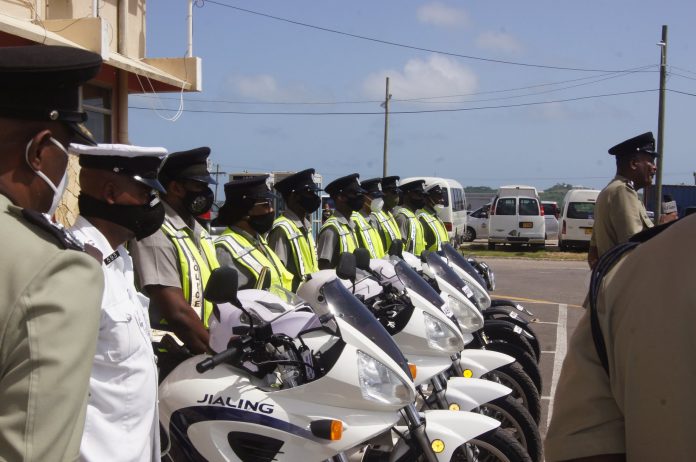 Cabinet Notes: The Commissioner of Police shared with the Cabinet the vigilance of the enforcement effort, pointing to the number of tickets issued to men and women who violate the law by not wearing masks in public; and, to tickets issued to establishments that harbour more than the prescribed number of patrons.

The Chief Health Inspector, or her deputies, is the only official who can order closure of a bar or restaurant, and the Police can enforce that order but not make such an order in the first place, the Commissioner explained.

Since the Police cannot be ordered by the Executive to take any specific action, the Cabinet repeated the need to be vigilant in order to prevent the kind of spread evidenced in other Caribbean territories.

A number of areas were identified where bars proliferate, where restaurants host excessive numbers, and at the cemeteries and wakes where large numbers gather and social distancing is not observed.

The Cabinet agreed that a restriction on weddings and funerals would control, limiting the number at the cemetery to 25, and at wedding ceremonies to 10 persons.

These restrictions would apply beginning immediately and police presence would enforce the numbers, it was agreed. Limiting the spread of the deadly coronavirus, which causes sickness and death, is the ultimate objective.