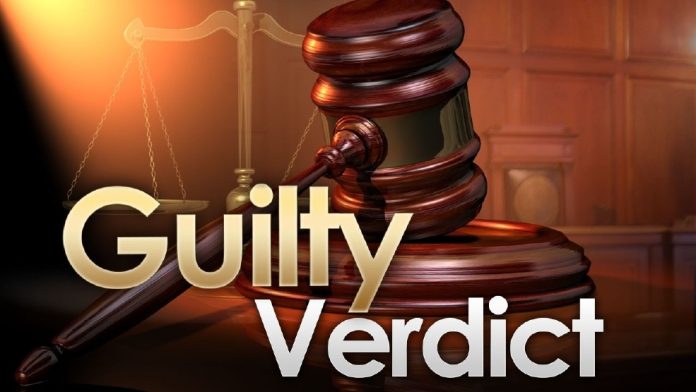 Two police officers have been found guilty on three counts of corruption and will be sentenced on April 29.

Corporal Marcus Isadore and Constable Peter Lugay were advised of the verdict today, March 25, following a trial that was heard in February before High Court Justice Ann-Marie Smith.

The verdict should have been handed down since March 4, but was postponed until today.  The officers face a maximum prison term of five years or a fine of up to $100,000.

Lugay was defended by Andrew O’Kola, while Isadore was represented by Lawrence Daniels.

The duo was charged with corruption almost five years ago, in May 2017.  They had also faced other charges, including kidnapping, misbehavior in public office and assault.

Reports say that Corporal Isadore, who was 43 years old at the time, and Constable Lugay, who was then 23, held a man at gunpoint, confiscated his cannabis, and kept the illegal substance for their personal gain.

It is reported that, in committing the illegal act, they used their police-issued firearms.

The lawmen are said to have taken eight pounds of cannabis from the man in February 2017 and then, about two months later, in April, they confiscated about 29 pounds of the drug.

The February haul reportedly has not been accounted for, to date, and was not given in as evidence.

Lugay opted to make an unsworn statement and, during the trial, denied any involvement in the crime.  He also claimed to have had no interactions with Isadore, his co-accused, thereby refuting any conspiracy between them.

Further, Lugay suggested that it could have been a case of mistaken identity, since there are others in the Force who fit his description.

When news of the officers’ arrest broke over four years ago, the Police communications arm, STRATCOM, issued a press release calling the allegations very serious, although it did not identify the officers at that time.

The allegation was seen as an indictment against the Force, with the hierarchy declaring that “such reprehensible behaviour … will not be condoned and is strongly condemned.”