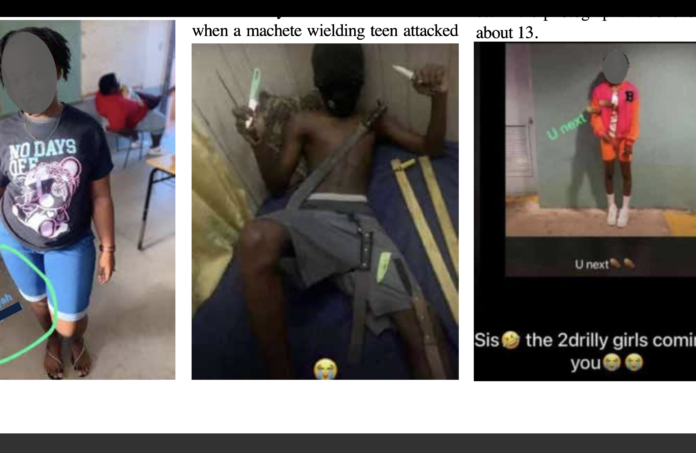 SOURCE: POINTE XPRESS, Police officers from the Criminal Investigation Department descended on the Princess Margaret School yesterday in what is believed to be a probe into the recent gang related attacks on several school children.

The police have been criticised for their seemingly slow response to the slew of violent attacks which began this year involving teenagers from several secondary schools based mainly in St. John’s.

Students who attend the Ottos Comprehensive School, Princess Margaret School and Antigua Grammar School have all been implicated in the vicious, ambush style assaults.

Photographs, widely circulated by the members of the 2Drilly gang and its affiliate, the 2Drilly girls, show children in school uniform issuing threats to targets who are also juveniles.

Pointe FM has learned while innocent students are now being pulled into the fray, the conflict appears to exist between the 2Drilly gang and rivals 700 Bones.

On Monday in an interview with another media house, the police said they were investigating yet another attack on a male minor who was hacked several times with a machete and had to be rushed to the Sir Lester Bird Medical Centre for treatment.

The attacks are particularly alarming because of the use of weapons. At least three of the school attacks have involved the use of machetes.

Earlier this year, a teen almost lost a finger when he attempted to defend himself from the attack.

A gang of boys chased a male student through YMCA hurling stones and other missiles. 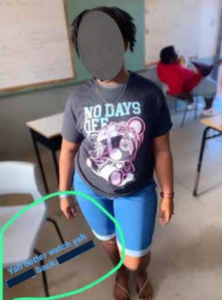 Over the weekend, the violence made its way to a local movie theatre when a machete wielding teen attacked another while other gang members hurled bottles. 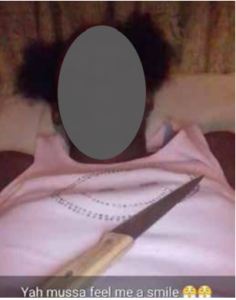 Most concerning to many who question the police force’s slowness to act, is the fact that the ring leaders and members of the 2Drilly unit and their female affiliates are active on social media and often share disturbing images featuring themselves posing with various weapons or issuing threats to their next targets along with their victim’s images making them vulnerable, sitting duck targets.