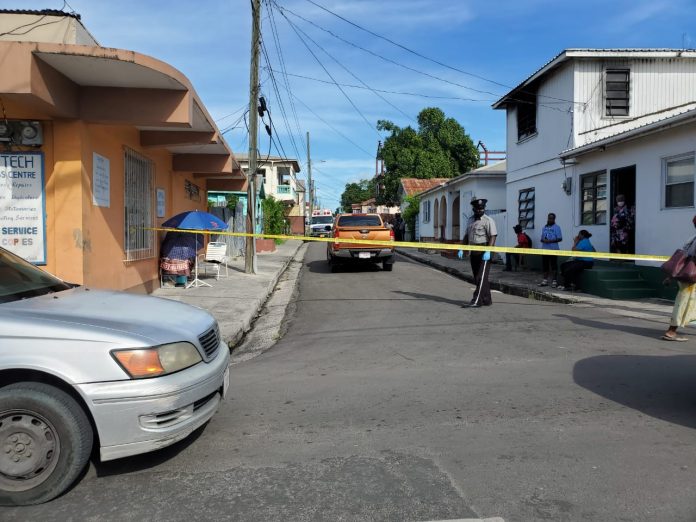 Police are continuing their investigation into an alleged homicide at Bishopgate Street on Saturday 10th October,2020

The alleged incident occurred around 2:30pm involving two brothers. It is reported that an argument ensued between both siblings, which resulted in the 16yr old brother arming himself with appeared to be a sharp object; which he use to inflict a stab wound to the upper body of his 20yr old brother.
A medical doctor arrived on the scene and pronounced him dead around 4:35pm
The 16yr old is currently in police custody assisting the police further into their investigations.

Police are investigating a killing at Don’s Barber and Beauty Salon on upper Bishopsgate Street.

One sibling allegedly killed the other during an altercation.

The siblings — Don Baptiste’s grandsons — are believed to be 17 and 22.

They have a history of arguing with each other and had a fight this afternoon.

One grandson who attends PMS stabbed his older brother to death in front of the Barbershop.

The siblings’ father, Andre Baptise, died in a motorcycle accident in 2012.