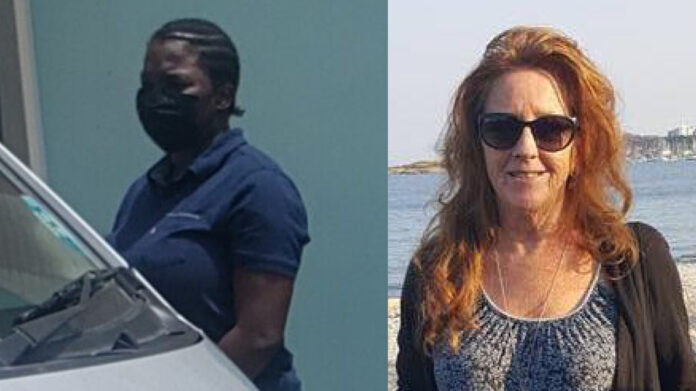 Prosecutors have finally finished compiling evidence in the case against the woman accused of killing a Piccadilly resident almost 14 months ago.

Brittany Jno-Baptiste, 22, is charged with murder and burglary.

She was reportedly found in the home of Jane Finch when police entered the house and discovered Finch’s body riddled with stab wounds.

The 66-year-old was found dead on October 4 2021, shortly after calling the Dockyard Police Station and posting a desperate plea for help on Facebook, saying an intruder was in the process of breaking into her home.

Canadian-born Finch had lived in Antigua for more than four decades.

Jno Baptiste was initially only accused of burglarising Finch’s home because of her then mental state.

In January, psychiatrist Dr James King deemed Jno-Baptiste to be suffering from a psychological disorder which made her unfit to answer to any charges.

He recommended that she receive six months of treatment.

After that time had passed, Jno Baptiste was re-evaluated and cleared to stand trial.

She was therefore slapped with the murder charge on August 3.

The defendant has been going back and forth between prison and the All Saints Magistrate’s Court since late last year due to the fact that her case file was not complete.

When she appeared in court yesterday for her committal hearing she was told that although the police file is now ready, she will have to wait two more weeks to find out if the evidence the police have gathered is sufficient to have her case referred to the higher court.

The hearing was adjourned to allow for the court and defence to review the file.

The defendant will return to court on December 14.