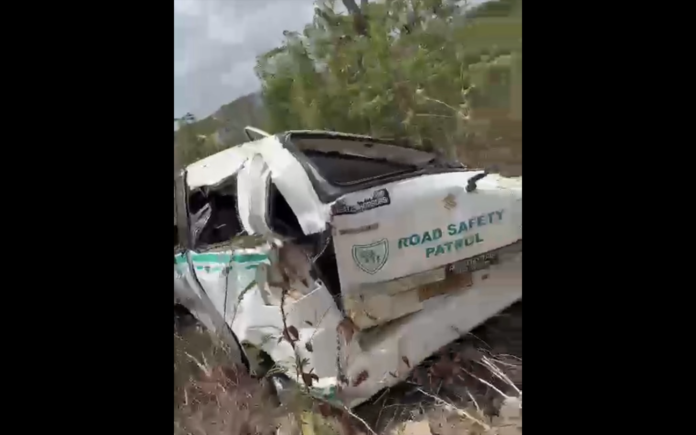 A police constable was injured during a crash in Five Islands Friday morning.

He reportedly ran off the road while driving a Road Safety Patrol vehicle shortly before noon.

Cellular phone footage from the scene showed the officer being carefully pulled from the mangled wreck of the vehicle and laid on his back.

He was taken to hospital with reportedly minor injuries.

The circumstances surrounding the crash are being investigated. (STATE MEDIA)