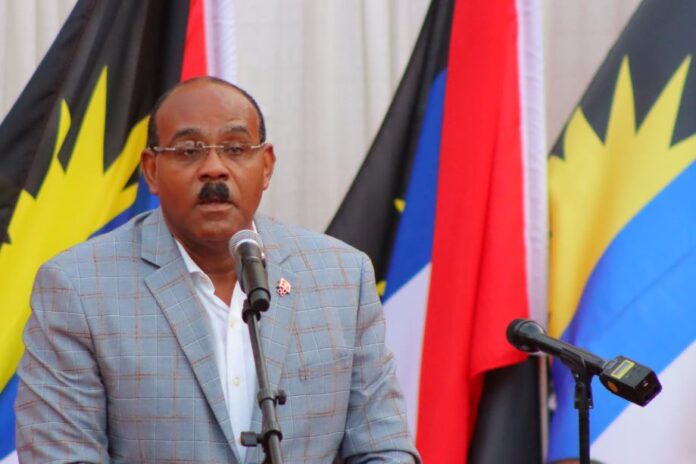 Prime Minister of Antigua and Barbuda, Gaston Browne has called on “stubborn” Antigua and Barbudans to get vaccinated against COVID-19 reiterating warnings that the government finances could collapse if the island fails to achieve herd immunity.

He warned that this new wave would result in possible lockdowns, more deaths and more hospitalisation.

Browne urged vaccinated persons to convince at least one hesitant person to get the jab, saying .that would help the country achieve 60 per cent immunity.

He said failure to vaccinate the nation would result in a possible collapse of the tourism sector and further devastating the local economy.

“He warned that with borrowing options drying up, his administration is facing an enormous task to keep revenues afloat.

“The government is struggling to meet its obligations and the more the situation protracts, not only you will have significant hospitalisations and deaths, but there will come a time when the government will not be able to meet certain obligations including the payments of salaries and wages.

“For some reason our people seem not to be connection the dots. On a daily basis I get a report of the revenue intake and I can tell you that the revenue intake to me, in essence will be the worst for this year and getting worse.

“Browne urged citizens to take warnings from the regional counterparts who have greater confidence in the vaccines.

Antigua and Barbuda has recorded 1, 251 cases of the virus since March last year with 42 deaths.

The re-naming of the lone public hospital after the island’s 83-yer-old national hero, who also served as the island’s second prime minister, was attended by Governor General Sir Rodney Williams, and Health Minister Sir Molwyn Joseph.

Sir Rodney described the event as a “significant milestone in the history of our nation” while Sir Molwyn who served under Sir Lester commended his leadership.

“If we can name Holberton after someone that made no contribution then we can rename MSJMC after someone who has done so much for this country. It is time for us to honour our own,” Sir Molwyn said, dismissing the opposition over the renaming of the hospital.

Bird was not present at the ceremony, but was represented by his daughter, Donyelle Bird.