Prime Minister Gaston Browne says the position taken by regional leaders in respect of LIAT will bring their commitment to regional integration into sharp focus.

Browne told a radio interview today that if leaders act opportunistically and form their own airlines, it could spell doom for OECS and CARICOM.

“And I can tell you LIAT is going to test the commitment of leaders in this region to CARICOM integration,” he told listeners to Observer Radio.

“But based on the chatter that I am hearing right now I am seeing a West Indies Federation repeat, in which individuals are now thinking singularly, they are concerned about their countries only,” Browne said.

The federation collapsed in 1962 after the withdrawal of Jamaica – the largest member. It also led to the now famous statement of Dr Eric Williams, the then Premier of Trinidad and Tobago that, one from ten leaves nought, referring to the withdrawal of Jamaica and signifying and justifying his decision to withdraw Trinidad and Tobago from the Federal arrangement a short while later.

The prime minister said his colleagues must take into account that LIAT is Antigua’s only export to the region.

“And even in the case of Antigua that has been providing a regional service there is no consideration for the fact that LIAT is practically our only export within the OECS and CARICOM,” he said.

“As far as I am concerned they must (not) opportunistically seek to get piece of the pie and that is very dangerous, and if this is the precedent we are going to set then Antigua & Barbuda can make a case to have its own flower mill. Antigua and Barbuda may make the case that we do not wish to be part of OECS or CARICOM and let us forget about all these taxes and so on and get our food from cheaper sources,” Browne added.

“Not for certain countries to be exporting services to these small countries and we have to protect their product and when time comes for them to protect our industry they literally undermine us,” the prime minister stated.

He said he is now focused on connectivity to and from St. Vincent and the Grenadines, as the airline prepares for liquidation. 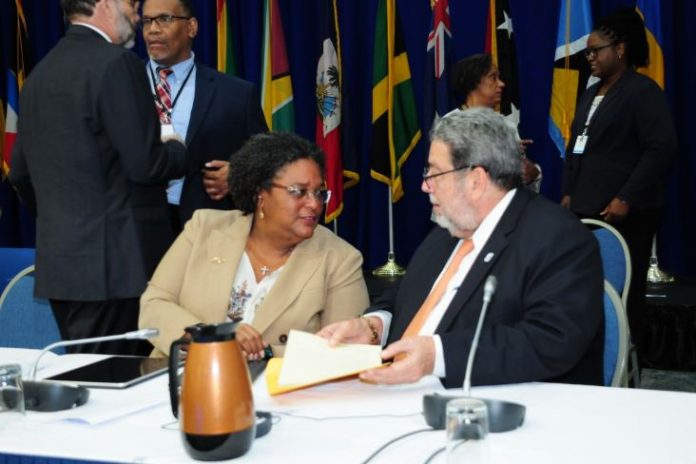 “As far as St. Vincent and the Grenadines is concerned, I am very interested in making sure that we have — to make relevant connections, and connections, particularly Trinidad, Barbados, the Windward Islands, go right up to Antigua and I’d expect that in the northern part, there’d be aircraft operating out of Antigua to make some sort of connection,” Gonsalves said on WE FM on Sunday.

“It’s going to be problematic but fortunately, we have in St. Vincent and the Grenadines, two airlines. We have One Caribbean, which has served us well during this period,” he said, referring to two locally owned carriers that provide regional connections.

But prime minister Browne said he is opposed to countries setting up their own national carriers.

“What I am opposed to is for individual governments to opportunistically try to now establish their own independent airline. If we having difficulties collectively to manage and maintain a viable airline, what is the possibility of any one country to go it alone.”

However, Browne said if talks towards a new airline fails he will have no choice.

“Notwithstanding the risk and the possibility of failure if push comes to shove and we believe we are getting a rotten deal and we have to start our own airline then we will have to do so but it’s not our preferred option.”

He added that LIAT is a regional institution and as they collapse and kill regional intuitions they may start with LIAT but end with others.”

Meantime, Browne is making it clear that Antigua & Barbuda will not be paying the bulk of LIAT severance payments because the majority of workers are based in the country.

He said any compassionate payments should be based on shareholding.

“And even the formula that they are using to try and determine who should be given compassionate payments and how much, I want to warn them.

I have said to them that any compassion severance payments should be based on the shareholding not based on the residency of the workers.

Because in that case you will find for example that the severance payments, of the 80 million they are going to ask Antigua and Barbuda to pay 62 million which is inequitable. These are some of the issues we need to address.”