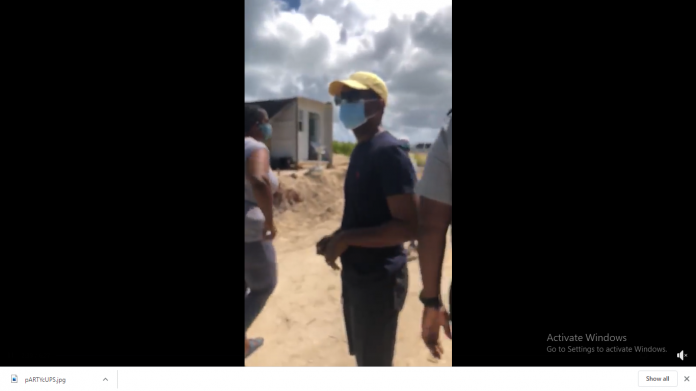 “You break the law we take you to court, you hurt anybody you go to jail,” Browne warned.

The Prime Minister was making reference to protests on the sister isle led by Walker and Devon Warner, over the US$ 100 million Peace Love and Happiness Investment.

Walker is opposed to  aspects of the project and wants to regain control on areas which the council uses for sand mining.

“Anytime they do any thing illegal over there I am sending the police and army over there…I rather fight them and resign than to turn a blind eye.”

“PHL is here already and we not letting it go,” Browne who recently visited Barbuda said.

He said the PHL project is one of the properties that the government is banking on to help it recover from the economic fallout caused by the COVID-19 pandemic. Browne said based on this, he will not allow Walker and friends to destroy the investment.

So far the project employs 100 individuals including 70 Barbudans.