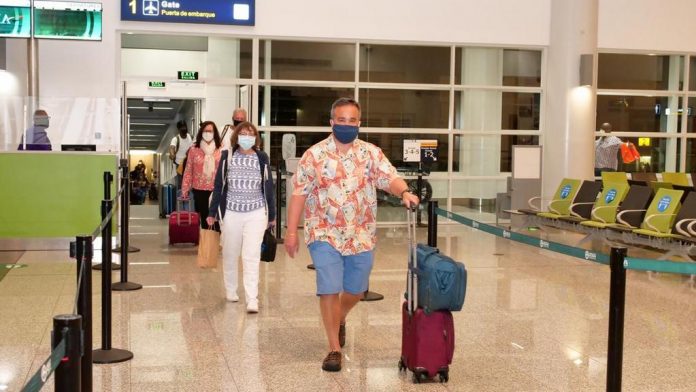 Prime Minister Gaston Browne says Antigua & Barbuda won’t be suspending US Flights in the wake of a recent decision by The Bahamas.

“The option is to close or to remain open, we have already indicated that it is an imperative that we balance lives and livelihoods. If we close the country’s borders for an extended period we could die of hunger and it will increase the extend of the hardships that people are experiencing,” Browne told Observer Radio.

The national airline of The Bahamas, Bahamasair has suspended flights to the United States, effective immediately.

Prime Minister Dr Hubert Minnis made the announcement during a national address on Sunday.

He said the decision was taken after the territory recorded 15 new cases of COVID-19 on Sunday, surpassing its daily record.

Prime Minister Minnis said come Wednesday the territory’s borders will once again be closed to all incoming commercial flights with few exceptions.