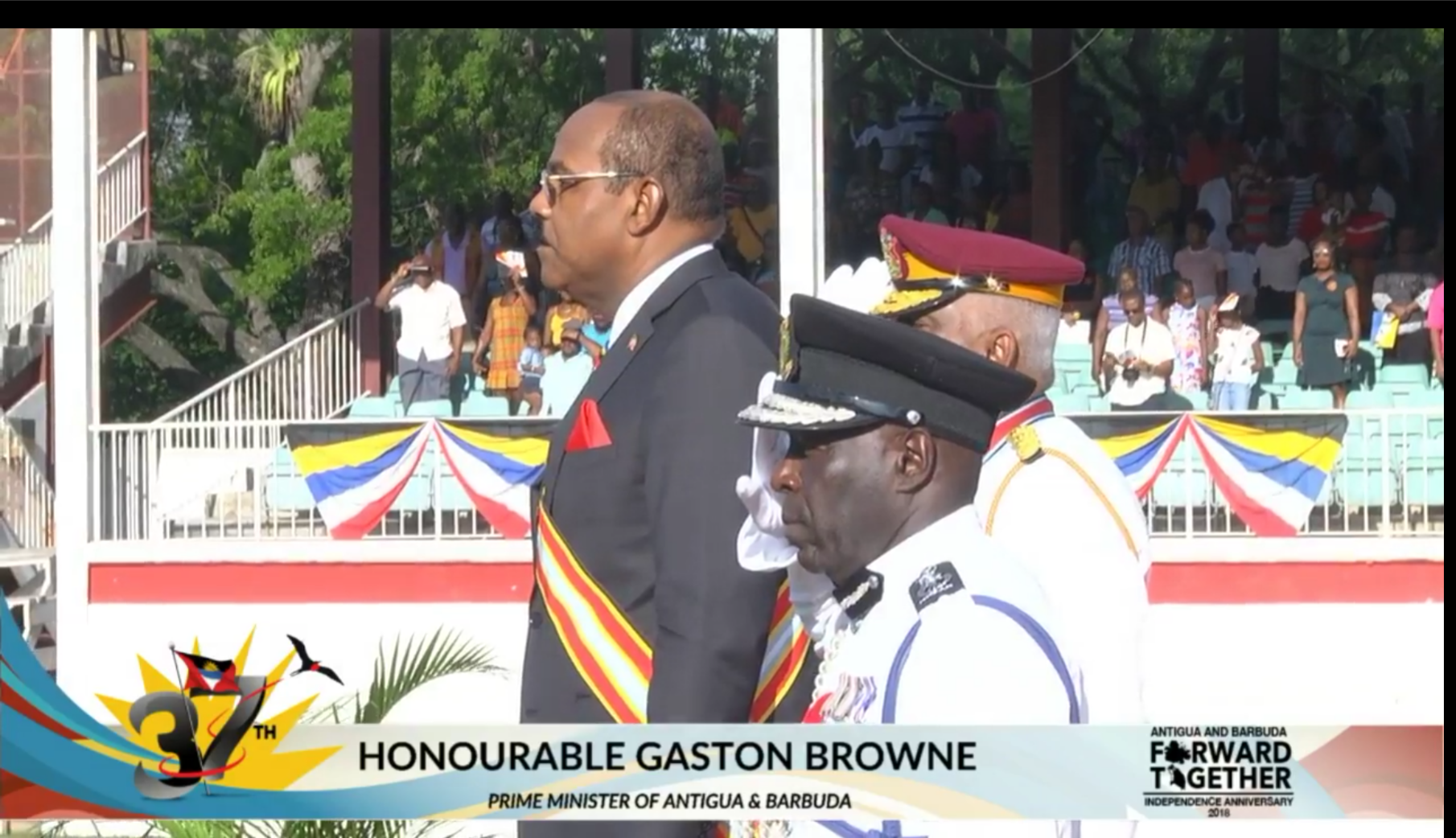 Antigua and Barbuda is celebrating its 37th anniversary of political independence from Britain on Thursday, with Prime Minister Gaston Browne saying that independence would not be complete with London still being in control of the country’s judicial system.

Voters go to the polls on November 6 in a referendum to decide whether to retain the Privy Council or choose instead the Trinidad-based Caribbean Court of Justice (CCJ) as the island’s final court.

Prime Minister Browne in a radio and television broadcast said that it was necessary for the island to remember the history of the trade union movement as well as the right to vote in the country before the attainment of independence.

He said there were those who are still opposed to the move towards the CCJ, which was established in 2001 and also functions as an international tribunal interpreting the Revised Treaty of Chaguaramas that governs the 15-member regional integration movement.

“They know, but they refuse to say it that only the wealthy or specially funded persons can access appeals to the British Privy Council even up to today. They know that it costs more than EC$150,000 (One EC dollar=US$0.37 cents) on average to take a case to London and that no poor person in Antigua and Barbuda has ever been able to do so.”

Browne said those opposed to the move know “that by retaining the Privy Council they are depriving the ordinary citizens of our country to justice to which every one of them is rightly entitled.

“They also know that access to justice is affordable with the Caribbean Court of Justice. That is a fully and independent appellate court. It is funded by a trust fund, not directed by any government. No government has a hand in the appointment of judges, they are appointed by an independent Caribbean legal services commission.”

Browne told the nation that in the 13 years since it had been in operation, the CCJ “has handed down more decisions against governments than for them.

“They know that the CCJ is a court for the people, built by Caribbean people for all the people. But it suits them even in this 37th year of our independence to deny our people pride in who we are and what we are, and to make us as inferior by suggesting that we do not have the integrity to preside over our own dispensation of justice”.

Prime Minister Browne said this “type of self-hatred and condemnation of our own has no place in our modern and enlightened society”.

He told the nation that on November 6, they must show the naysayers and others “that we believe in ourselves, that we are the inferior of none, that we have confidence in our capacity and certainly in our own.

“We must show them they are the backward looking ones mired in partisan politics and selfishness,” he added.

In his address, Prime Minister Browne also told citizens that despite the challenges the twin-island nation has accomplished much to be proud of.

“Antigua and Barbudans live in a country where the air of freedom and economic opportunity is breathed by all where no one lives in fear for their opinion being stifled or of their rights being constrained,” Browne said in his independence message.

He said these were not conditions available to the population before independence, adding “there was much inequality based on race and class and of colour”.

Browne said the health sector stands out like a jewel in the list of accomplishment since independence and thanked “those heroes” whom he said had the foresight to ensure that their descendants should have a better future.

“They made it possible for us to be where we are today. Their legacy must never be squandered, nor their struggle wasted. They looked to the future and even as we honour them we must look to the future too,” Browne said in his radio and television broadcast.

He said the future must include a stable financial environment, better education, improved health services as well as full employment among other goals “for all our peoples whatever their background.

“This is not an impossible dream. We are not striving to reach and unreachable star or to fight an unbeatable foe. This is a glorious quest for which we have already begun the resolute march with measurable and evidence success.”.

Browne said that his administration will be spending millions of dollars in developing the infrastructure of the island and ensuring employment opportunities for all nationals.

“Under your leadership as Head of Government responsible for Services within the CARICOM Quasi-Cabinet, Antigua and Barbuda has advanced the region’s efforts, as it seeks to build competitiveness, unleash key economic drivers to growth and address the grave challenges to its financial services,” LaRocque said in his congratulatory message to Prime Minister Browne.

He said that Antigua and Barbuda has made great strides in its development since independence.

“Indeed the theme for this year’s Independence celebration, “Antigua and Barbuda: Forward Together” is an apt reflection of the firm determination and steadfastness of the Antiguan and Barbudan people in their efforts to ensure the sustainable development of the nation,” he added.