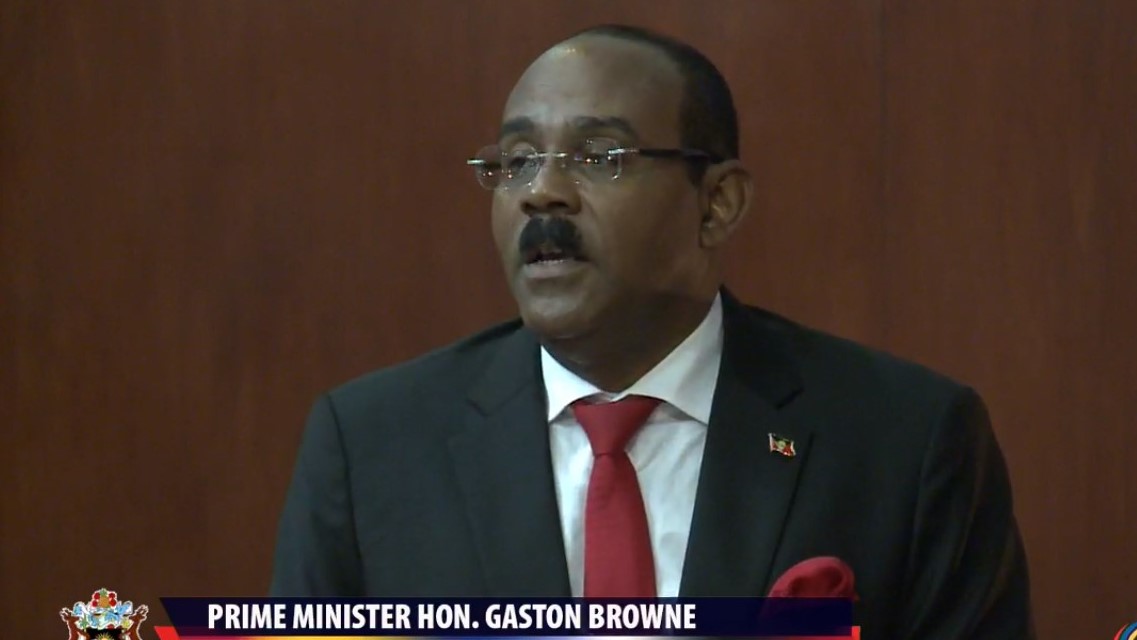 Prime Minister Gaston Browne disclosed over the weekend that he took the second dose of COVID-19 vaccine, Moderna.

He did not say when this was done.

Browne announced on February 8 that he took the first dose of the vaccine some time in January.

Speaking on Pointe FM on Saturday, Browne said he was encouraged that so many people took their first dose of the AZ vaccine.

He assured them that their second dose of the same vaccine will be available for them when the time comes.

“We have been promised that we will have at least 14,000 doses from the COVAX facility at the first week in April.

“This will give us a full 27, 000  AstraZeneca vaccines to cover the second dose for those who were vaccinated.

“Our people should not feel as though they are running any significant risk to get the second dose of the vaccination,” Browne said.