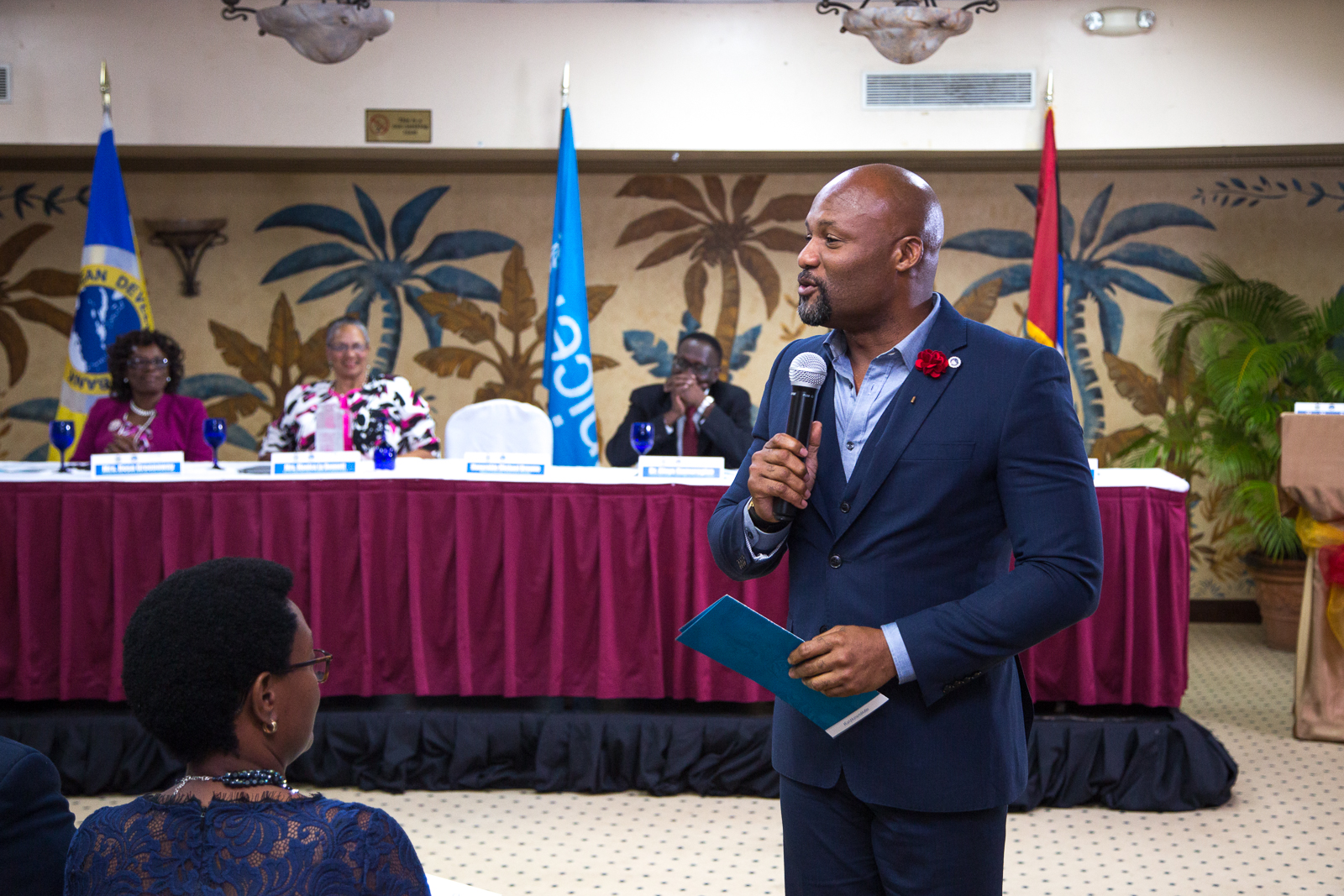 Michael Browne will not face any consequences for the E-books scandal, Prime Minister Gaston Browne has said.

Browne made the disclosure in a radio interview recently, even though the Education Minister accepted responsibility for the “irregularities”.

PM Browne said last month that the minister presided over “serious procedural breaches” and would ultimaltely have to be held responsible for the embrassing e-books scandal.

Now, the prime minister appears to have completely changed his tone.

He told his radio station that “there was no intention to rip off the people of Antigua and Barbuda.”

“In the absence of any such intent, I don’t see how we could justify taking any action against the public officials who were involved in the signing of the e-books initiative.”

What he earlier called procedural breaches the prime minister is now labelling as “genuine oversights.”

The government has since said the US$ 250 user fee has been reduced to US$ 80, saving the government millions of dollars annually.

The main opposition United Progressive Party has been calling for Browne to be fired or resign as Education Minister.

They argue that he cannot continue to preside over the scheme after the irregularities.