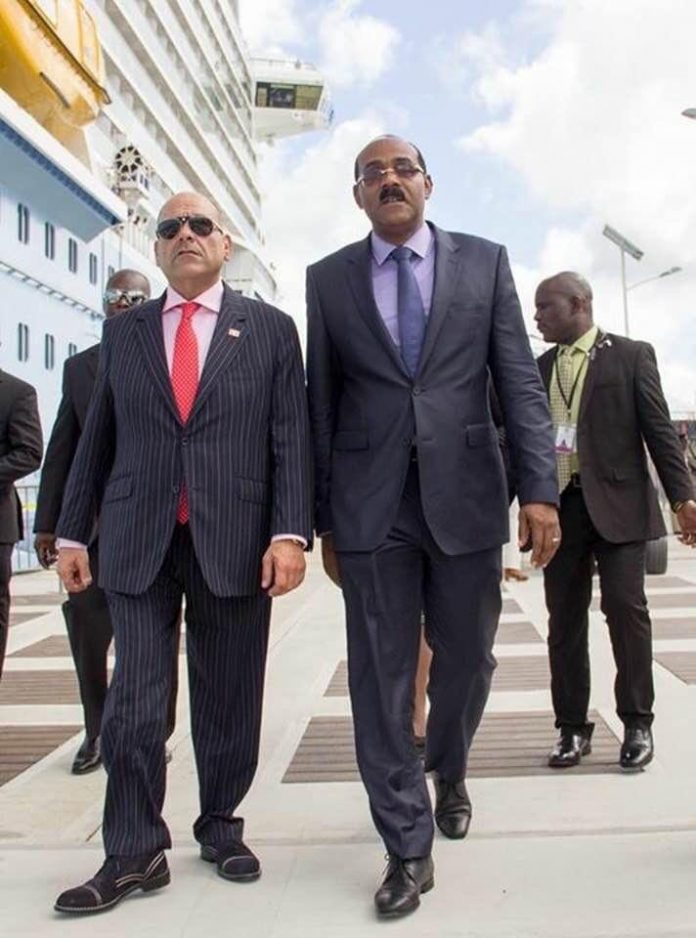 Prime Minister Gaston Browne has responded to statements by St. Peter Member of Parliament Asot Michael that he may challenge the leadership of the Antigua & Barbuda Labour Party.

Michael made the statements last Saturday in parliament, telling Browne that while they will always remain close brothers, that doesn’t mean he won’t challenge him for the leadership.

Speaking on Pointe FM, the Prime Minister responded to a question by a caller who asked for his thoughts on the possible challenge.

Browne said he remains undaunted and welcomes the challenge to his leadership.

“Let’s put it this way, this job for me is a temporary job, and I will do it to the best of my ability and whoever wishes to contest, feel free to do so because at the end of the day all I want to do is to serve to the best of my ability and the quality of my service is more important than the length of it. So if it is that it will only last a few more months or a few more years, so be it.

“I am not daunted by any threats of competition by anyone all I know is that I am committed to serving the people of Antigua & Barbuda. I will remain focused and not to be distracted by idle chatter,” he said.

Browne led the ABLP to victory against the UPP in 2014 and again in 2018 with an increased majority.

The Prime Minister has also been hinting at an early General Election.