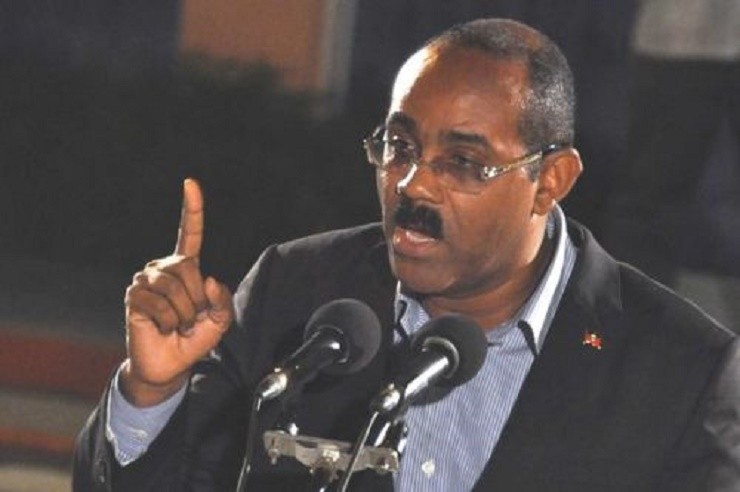 Prime Minister has told officials from the International Monetary Fund (IMF) that Antigua & Barbuda is not interested in entering any loan arrangement with it.

Browne who is also finance minister, met with officials from the fund on Monday and reported on his meeting to cabinet on Wednesday.

“The Cabinet was told of the depth of the discussions and of the very clear assertion by the Prime Minister that Antigua and Barbuda will NOT enter into an IMF Program in the future under an ABLP administration,” said Chief of Staff Lionel Max Hurst.

It was not made clear whether Anituga & Barbuda was asked to enter another IMF programme.

“Since Antigua and Barbuda owes the Paris Club debts, dating back as many as fifty years, the Prime Minister indicated to the IMF Official that all the interests and penalties must be negotiated away first, and then the repayment can begin in late 2018,” Hurst reported.

“However, any attempt to marry repayment to entering into another IMF Program will be rejected by the Gaston Browne administration,” he added.

The government is still repaying an IMF loan entered into by the former United Progressive Party administration.

According to Hurst, more than EC $250 million out of $320 million has been paid by this administration.

Other issues discussed with the IMF official were broached, including having the Canadian national become an advocate for the Caribbean in the meeting rooms of the IMF.

The Prime Minister also expressed his thanks to the IMF for speaking boldly on the de-risking issue that plagues small states.