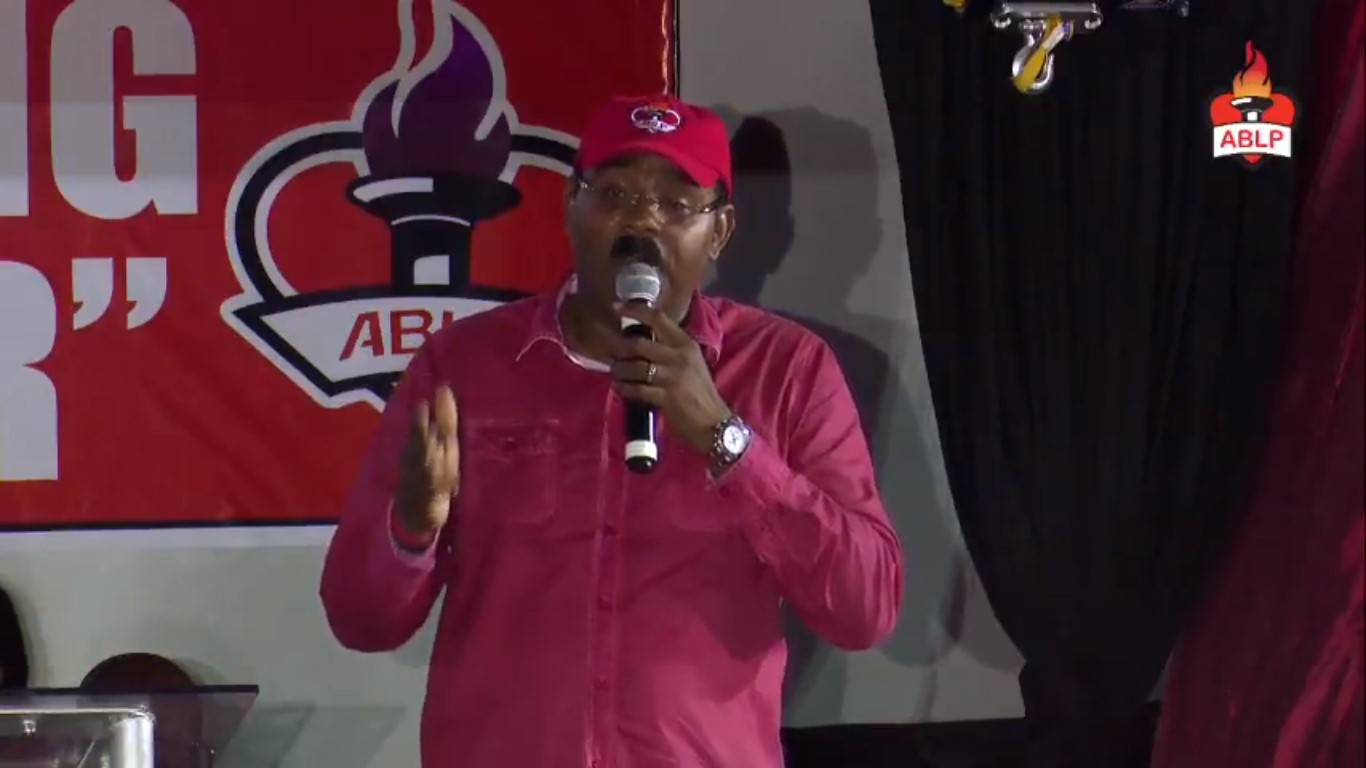 Prime Minister Gaston Browne has reacted to the historic Grenada elections, telling supporters at a campaign event that his party also indents to win all the seats.

The Antigua Barbuda Labour Party leader said he just received the good news that his “friend” Dr. Keith Mitchell had for the third time won all seats in the legislature.

“Mark my word, it will be 17 none,” Browne told vocal supporters.

Browne said he was confident of increasing his party’s seat count in parliament because of the country’s “irresponsible opposition.”

He assured residents that when his party wins all the seats, it won’t abuse power “but the UPP must be sent a message, they must be taught a lesson and we must do so in the public interest.”

In the 2014 general election, Browne led his ABLP to 14 out of the 17 seats in the parliament.

Tonight, Prime Minister Dr. Keith Mitchell led his New National Party (NNP) to a historic clean sweep of all 15 seats in a general election, making it the third time he has achieved the feat in electoral politics in Grenada.