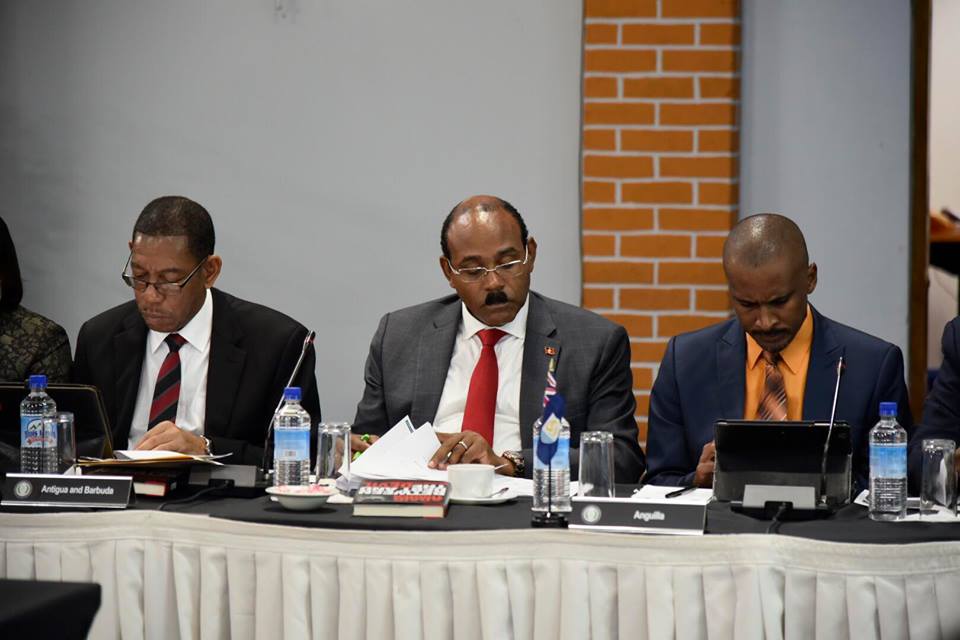 Prime Minister Gaston Browne has told a ceremony to hand over the chairmanship of the Eastern Caribbean Monetary Council that he’s put measures in place to address high bank charges, de-risking and maintain financial stability.

Speaking in Roseau over the weekend, Browne said the exchange rate remains strong and stable.

Earlier this month (July 06), the Currency Union celebrated 41years of exchange rate stability based on the peg of US$1=EC$2.70 set in 1976.

“This is a tremendous achievement for which we ought to be justifiably proud,” the outgoing chairman said.

During his six-month chairmanship, Browne noted that Non-Performing Loans ratio, a key indicator of asset quality, declined from 17 per cent in 2015 to 11.1 per cent in 2016.

According to Browne, the Bank also made significant strides in operationalising the new Banking Act.  “It has stepped up its supervision including the frequency and timeliness of onsite examinations and submission of these reports to our banks,” he said.

On the question of de-risking, the prime minister said it remained a “major challenge” to the banking system.

A rationale provided for De-risking is the small size of transactions with some banks and the high overhead costs of due diligence by the correspondent banks.

The Monetary “recommends that our national banks amalgamate to achieve economies of scale and greater efficiency.”

“This report, along with the report from the Bankers’ Association is being examined by the Central Bank and will form the basis for further discussions at the level of the Monetary Council.”

He also said several initiatives to improve access to finance by the private sector are being implemented.

Dominica’s Roosevelt Skerrit took over the chairmanship of the monetary council.