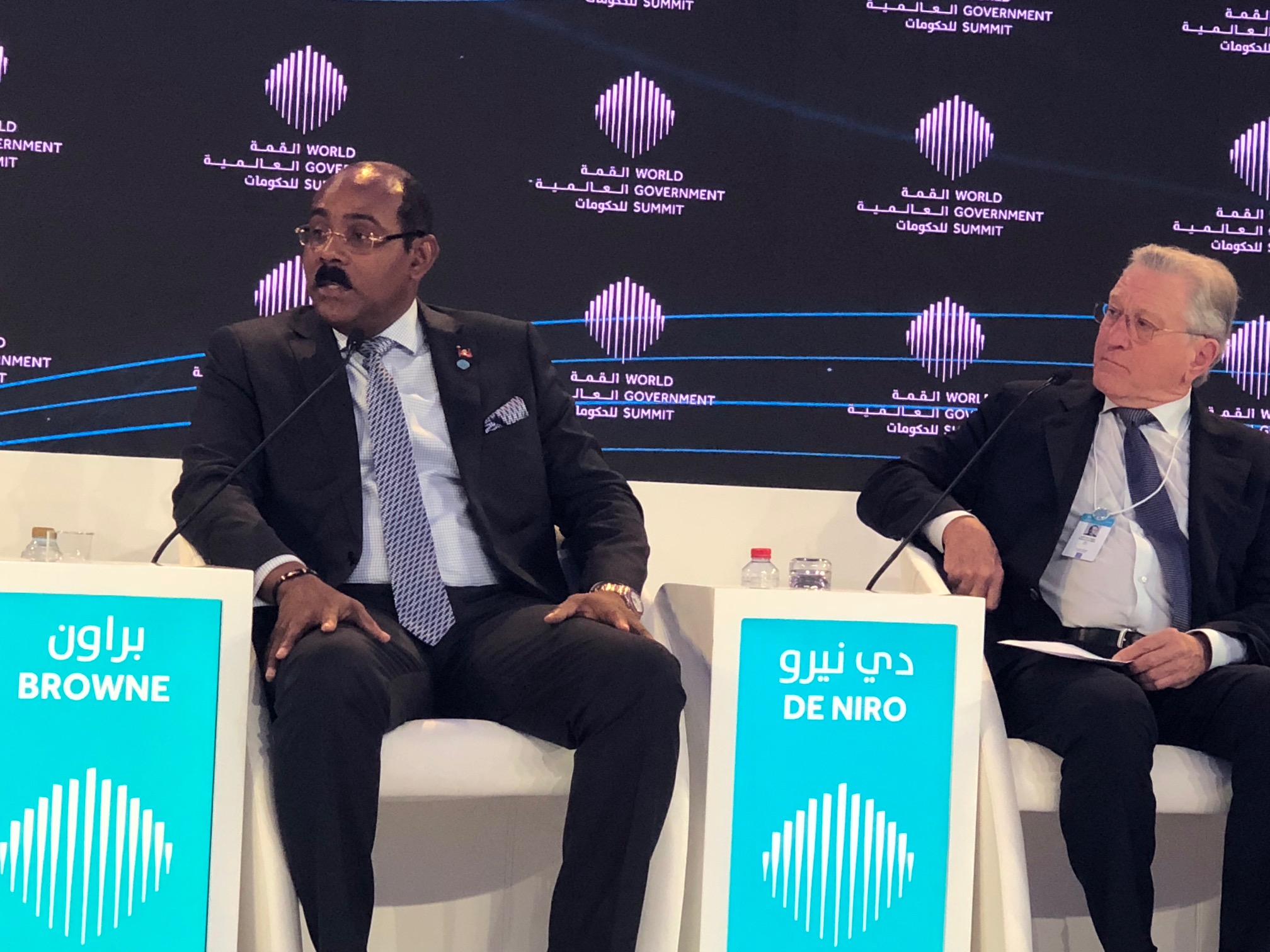 The statement by the Antigua and Barbuda government noted that Browne met with Al Maktoum on Tuesday during which he thanked the prime minister for the invitation to participate in the World Government Summit and also for his continued support of the Caribbean.

“Prime Minister Browne emphasized that, despite the recent storms, Antigua is open for business, and investment opportunities in the island are tremendous,” the statement said, adding that Antigua and Barbuda recently signed several memoranda of understanding, including joint investment agreement and a tax exchange agreement with the United Arab Emirates (UAE).

UAE Minister of International Cooperation, Reem Al Hashimy, who also attended the meeting “emphasized the importance of the …agreements in moving forward investment opportunities between both countries,” the statement said.

It said Reem indicated the possibility of investment in the tourism sector, agriculture and air transport, “and looks forward to working closer with the government of Prime Minister Browne.”

Browne spoke of the National Assets Management Company Limited (NAMCO), a similar mechanism to that of the Investment Corporation Dubai (ICD), saying that NAMCO provides “a good investment opportunity for investment from the UAE.

“This was met with positive reaction from the UAE delegation, who pledged to have continuous follow-up discussions,” the statement said, adding it is envisioned that the Crown Prince will visit Antigua and Barbuda within the coming months.